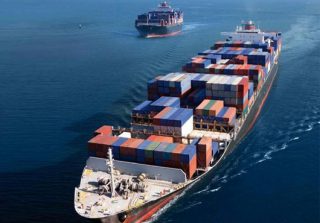 The global marine freight industry is expected to return to 2014 levels by mid-2019 and reach a value of approximately USD 210 billion by 2021, according to the findings of research firm MarketLine.The industry has struggled in recent years, suffering from a negative compound annual growth rate (CAGR) of 3.3% between 2012 and 2016 amid an increasing oversupply and a collapse of global demand, the firm’s data further indicate.The economic growth slowed across most of the world over this period, particularly in China, which has recently been the source of much consumer demand. This resulted in a fall in demand for transportation services in general, which forced prices down and led players to invest in their capacity to keep costs low.As indicated, this is evident in the example of Hanjin Shipping, which was officially Declared bankrupt on February 16, 2017. The complete lack of funds in the company meant that the freight of many businesses and individuals was stuck out at sea for weeks in some cases.