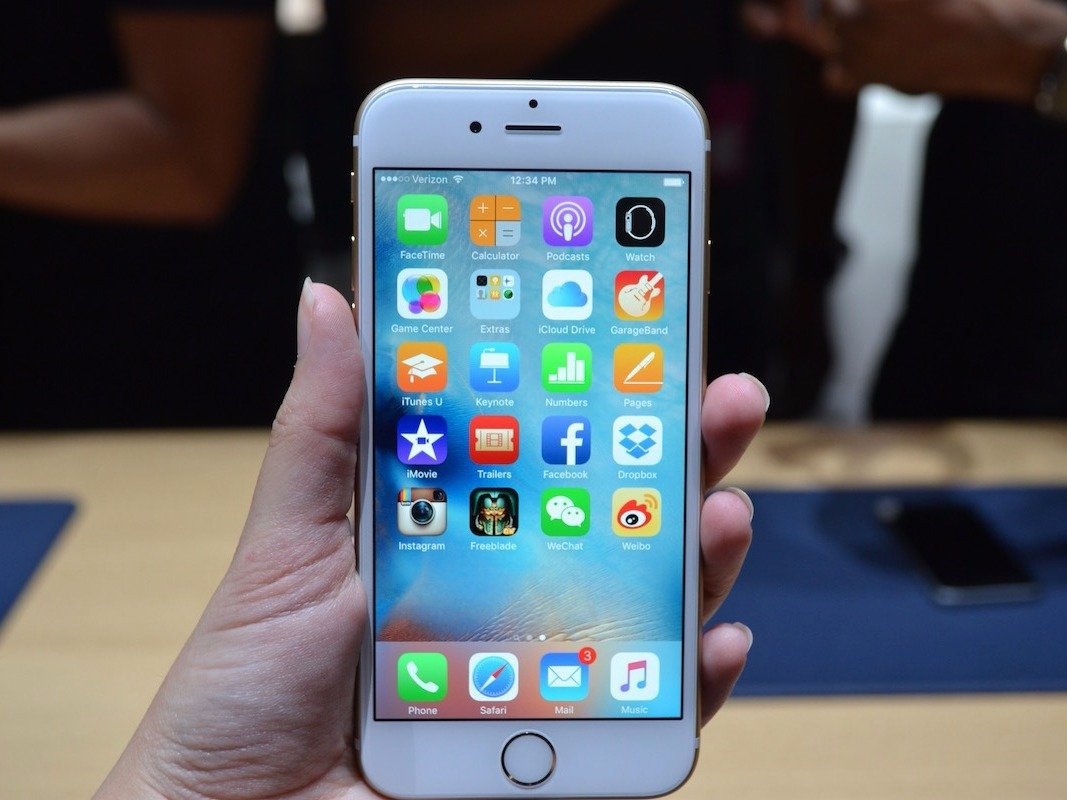 Apple's new iPhone 6S officially launched on Friday.Although it doesn't look very different than the iPhone 6, there are a few tips, tricks, and shortcuts you can only access if you have Apple's newest iPhone.Here's a look at some of the new features available on the iPhone 6S that make it stand out from the iPhone 6.

You can shoot Live Photos on the iPhone 6S. This means the camera captures the moments before and after you press the shutter button to create an image that moves slightly.

You can jump into certain tasks within apps more quickly using 3D Touch. If you want to create a new Instagram post, for instance, you can press and hold down firmly on the app icon without even opening the app and just tap "New Post."

You can take better selfies with the iPhone 6S since it has a flash on the front. The new iPhone illuminates the screen when you're taking a selfie in a dark setting. Check out the difference below. Lisa EadiciccoThe photo on the left was taken with an iPhone 6S, while the one on the right was shot on an iPhone 6 Plus.

You can use your keyboard as a trackpad to accurately place the cursor wherever you want when typing. Just 3D Touch the keyboard, and it'll turn into a trackpad. You can switch between apps by pressing on the screen with 3D Touch. Just press and hold on the side of the screen when you're in any app to launch the app switcher. You can preview websites, dates, flight information, and other data without interrupting what you're doing. For example, if someone sends you a Safari link via text message, you can 3D Touch that link to bring up a preview of that website without leaving your text conversation (shown below). You can use Siri completely hands free, even when your iPhone isn't plugged in. If you turn on "Hey Siri," you can ask her questions without touching your iPhone. Apple's older iPhones need to be plugged into a power source to enable this feature. You can shoot 4K video on the new iPhone, too. You can unlock your iPhone more quickly since the iPhone 6S comes with a new Touch ID sensor and a faster processor. REUTERS/Stephen LamThe home button, which doubles as a fingerprint sensor, on the new iPhone 5S at Apple's media event in Cupertino, California, September 10, 2013.