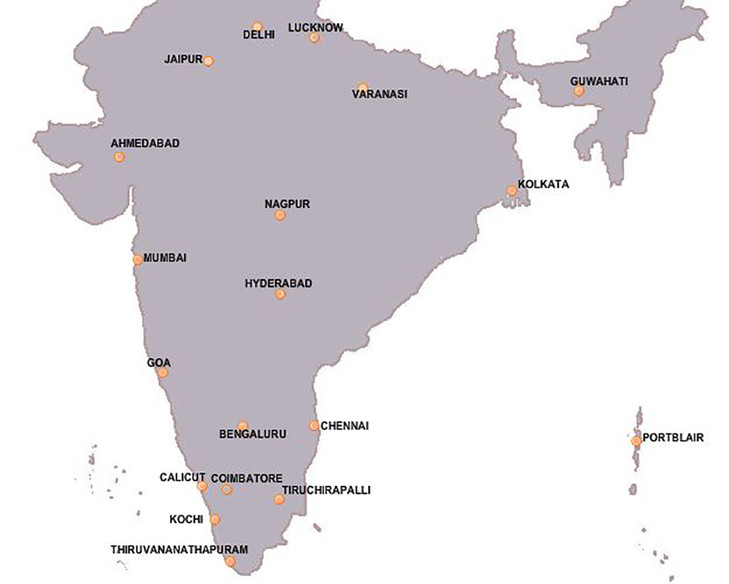 India’s capital city, New Delhi, is to get a second international airport after the national government approved of construction of the hub, with an estimated cost of $1.6bn for the first phase. According to local newspaper reports, Noida International Airport will be built on a 3,000 ha green field site at Jewar in Greater Noida, Uttar Pradesh. The first phase, with a single runway, will be operational within five years, said India’s Ministry of Civil Aviation.Further development will see three additional runways and expanded capacity to cater for an expected 30m-50m passengers annually over the next 10-15 years, with a total project cost of up to $3.1bn.The new airport, south-east of the capital, will be 45 miles from New Delhi’s current airport, Indira Gandhi International, and close to the Yamuna Expressway, the main highway between New Delhi and Agra.Traffic at Indira Gandhi Airport  is projected to rise from 55.6m passengers in 2016 to 109m by 2024.The majority of India’s 40 largest airports will exceed their design capacity within the next ten years based on projected growth rates. India’s government intends to re-open 50 disused airports by 2020, having already given approval for 18 green field airports.