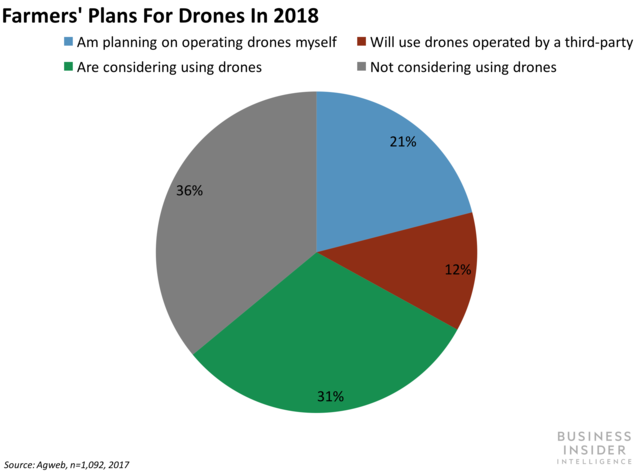 Drones — also commonly referred to as unmanned aircraft — are no longer a cool, new novelty that companies in only a handful of industries are testing.Businesses across various industries and levels of government in the US are utilizing at least a handful of drones. But more importantly, drone users are now realizing a deep return on their investments from the aircraft's ability to help save hours of time and labor.However, to successfully get a drone program up and running, businesses need to have an idea of what they want the aircraft to do, and the value they hope to create. To that end, companies need to know what their competitors are doing with the aircraft so they can plan their own projects accordingly.In this report, Business Insider Intelligence details how unmanned aircraft are disrupting a slew of different industries, including agriculture, construction and mining, insurance, media and telecommunications, and the public sector. We also size the market for global enterprise drone shipments, and pinpoint the features that make drones useful tools within different industries. Lastly, we make predictions for how drone use in these industries will evolve over the next five to 10 years and to what extent their impact will be magnified over this period.Here are some of the key takeaways:

In full, the report: