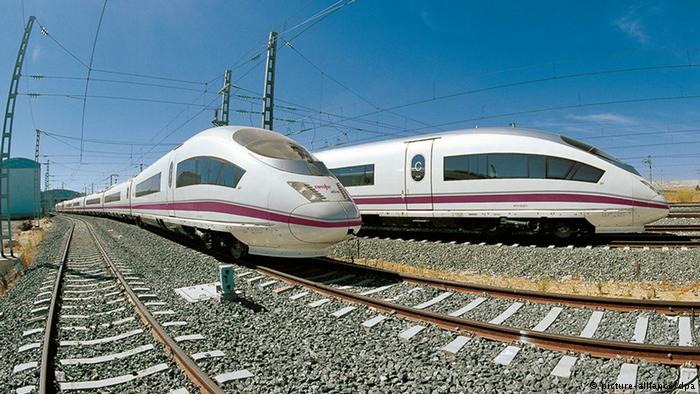 Germany's Siemens and Canada's Bombardier are in talks to combine their rail operations, media reports have said. If successful, the move would strengthen their hand against the market leader from China, CRRC.Industry giants Siemens and Bombardier were in the middle of negotiations to turn their rail operations into a joint venture, Reuters reported, calling it an attempt to improve the two companies' position vis-à-vis Chinese state-backed market leader CRRC.

The joint venture would create a company, whose combined sales of $16 billion (15.08 billion euros) would be half those of CRRC and would leave France's Alstom out in the cold.

Rail consolidation has been a trend over the past few years as global companies seek to contain costs and Western firms struggle with the rising ambitions of China at home and abroad.

The West's top-three runners-up - Bombardier, Siemens and Alstom – have talked to each other about combining their businesses in various arrangements over the past years. It's now the third attempt by Siemens and Bombardier to strike a deal, insiders claim.Potential obstacles"Talks are already pretty far advanced," said one of Reuters' sources, who asked not to be named as the negotiations were confidential.Analysts argued that antitrust concerns in Europe remained the biggest threat to a deal between the two giants. They added that the combination also faced potential opposition from unions in the run-up to Germany's general election later this year.Bombardier's rail division had recently announced to cut 5,000 jobs globally. It's unclear for the time being to what extent this may affect the Canadians' production facilities in Germany, including Hennigsdorf, Görlitz, Bautzen and Kassel.hg/rd (Reuters, dpa)