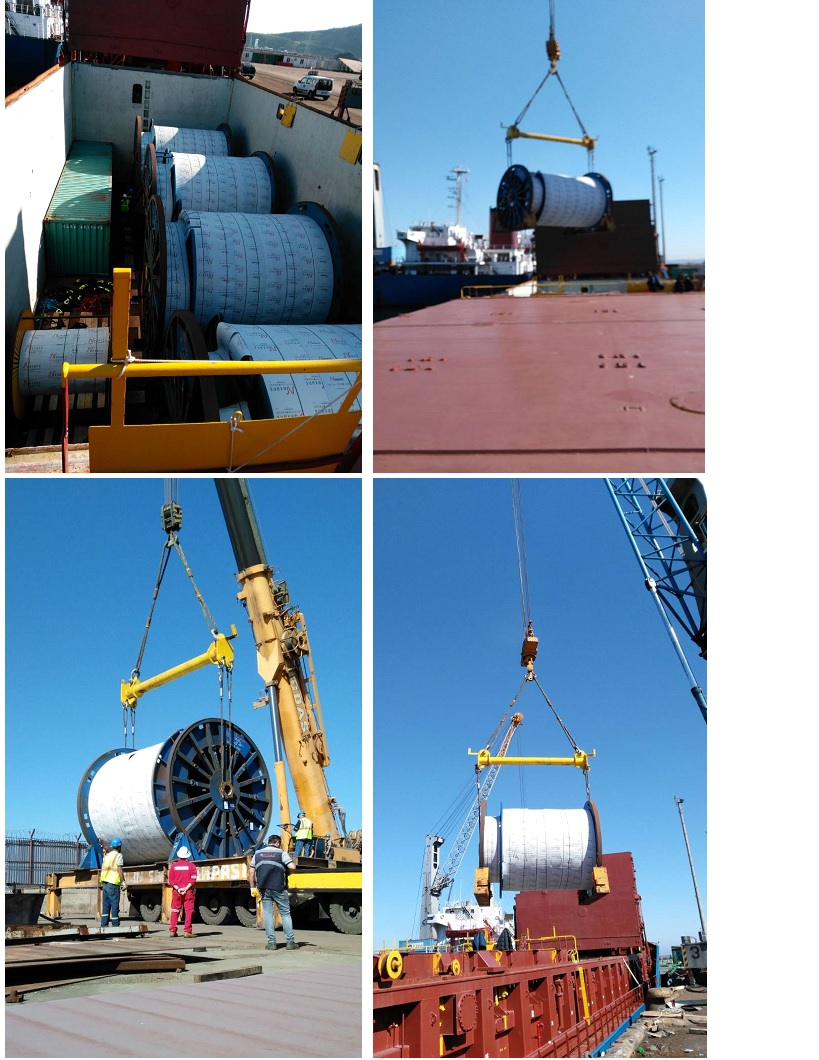 BATI GROUP LOVES FIBER OPTIC CABLESThe objective of the Tanap (Trans Anatolian Natural Gas Pipeline) Project is to move Azerbaijani gas through the Turkish Republic to Southeast Europe in order to procure the natural gas demands of both markets. The total length of the pipeline construction is 1850 km and more than 3 trillion metric cubes of natural gas will be moved through it.Bati Group was selected for this prestigious project by the joint venture formed by TANAP. The construction of the land and sea pipes through the Dardanelles Strait takes place in Biga, Turkey.Along with the pipeline construction, a construction of fiber optic cables (“FOC”) was also carried out in October 2017 in order to enable the acquisition of electronic information at the control points of the pipeline. A total of 4 reels with a diameter of 5,5 metres and a width of 5,0 metres, two of them weighing 95 tons and the other two weighing 72 tons were used in the operation. Additionally, 2 small reels with a diameter of 2,7 metres and a width of 3,0 metres, weighing 2,4 tons, were also used. In summary, 4 big reels and 2 small reels of FOC were utilized. One of the challenges of this project was the fact that FOC is a unique, sensitive and very expensive product which must be transported with special lashing and care in order to avoid any damage. The reels were produced in Rotterdam, Netherlands. The FOC’s were produced separately in Norway. A chartered vessel transported the reels from Rotterdam to Rognan, Norway after loading and lashing was completed. Following the arrival in Norway, the reels were discharged and transported to the Factory for the spooling of the FOC’s. Afterwards, the spooled reels were loaded onto the chartered vessel at Rognan and the vessel sailed to the İcdas Port in Turkey. In Turkey, the discharging process commenced with a mobile crane and a high capacity transporter transferred to goods to the stockyard. The shore vessel laid the FOC reels underwater one by one. The final operation consisted of the transportation of the empty reels back to Rotterdam.The operation was difficult but successful for all parties involved.