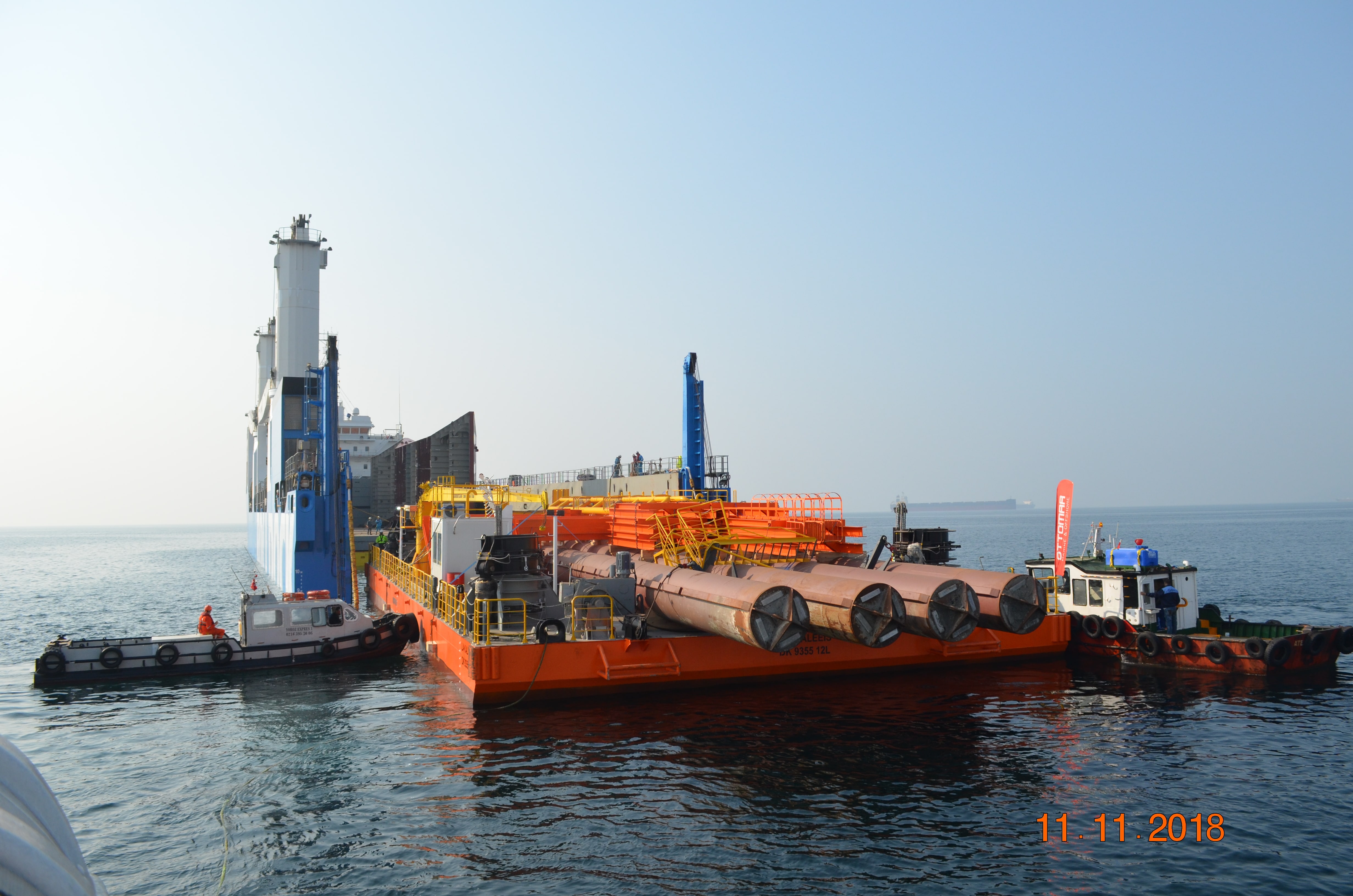 BATI GROUP as HUSBANDARY AGENT of ROLLDOCKM/V ROLLDOCK STAR came to Turkey for a Jack-Up Barge loading operation. The ROLLDOCK vessel has arrived in ISTANBUL for the float-in operation to load a jack up barge which weighs 934 tons. The operation itself was quite challenging, however it ran smoothly thanks to the asisstance of the ROLLDOCK Engineering Group. After the ROLLDOCK vessel arrived, it was navigated to the anchorage area and started submerging. While it was submerging, we positioned the barge for the float-in operation and we managed to float in the barge within the estimated time frame. The lashing of the barge took another 6 hours, securing everything in position and preparing the Vessel for sailing. The operation lasted 1 day, including the lashing time of the Rolldock Vessel. In the end, the Rolldock Star started its journey to Calais/ France, carrying the barge on board and proud of finishing another succesful project.