Airbus' Beluga: Giant of the skies set to get even larger

The Airbus A300-600ST, popularly known as the "Beluga" because of its resemblance to the white Arctic whale, is the European plane manufacturer's super-sized transporter jet.Five of these enormous planes make more than 60 flights each week, carrying parts for all of Airbus' planes from manufacturing sites -- wings in the UK, tails in Spain, for example -- to the final assembly facilities in either Toulouse, Hamburg or Tianjin.The planes have been in service since 1994, but are in need of reinforcements.Since the plane's inaugural flight, Airbus's production rates have increased five fold, so a new fleet is planned to keep up with demand, especially with the new A350XWB plane now entering service."The need for the new Beluga comes with the increase in production rates and to get extra capacity on top of this fleet of five aircrafts," says Stephane Gosselin, head of Airbus Transport International. 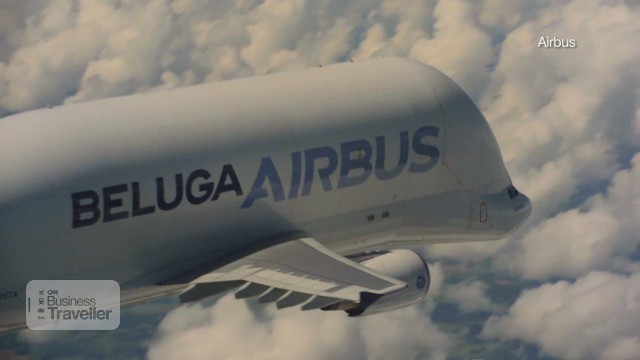 Inside one of the world's weirdest-looking planes 03:49PLAY VIDEO"So initially there will be a mixed fleet use of both new Beluga and old Beluga. And then the second need was as well to anticipate replacement of an aging fleet."A crew of three operates the Beluga: two pilots and a loadmaster. Because of its size the plane reacts differently to other large jets in turbulence; moving sideways more than up and down.Read more: The white whale turns 20The five Belugas currently in operation are, actually, Airbus A300-600 jets that have been modified to carry large cargo.The top section of the aircraft was cut and an additional, wider fuselage section -- resembling a bubble -- was added to the airframe, giving it its characteristic hump.The cockpit was lowered, making it possible for the cargo hold to be loaded and unloaded through the front of the aircraft. 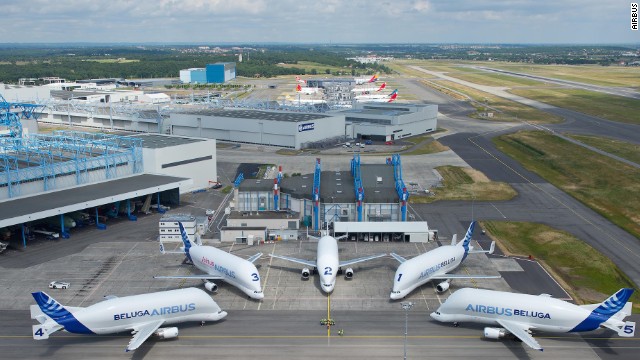 Airbus operates a fleet of five Beluga cargo airlifters, which together perform more than 60 flights each week to transport components for the company's jetliners between 11 sites in Europe.The result is an incredibly spacious cargo hold of 1,400 cubic meters. That's the equivalent to 671 people, 36 cars or seven elephants."The perception you have (when the cargo door opens) is of a huge volume like a cathedral," says Gosselin.Although the Beluga's maximum payload of 47 tons is surpassed by a handful of other cargo aircraft, its voluminous hold makes it suitable for transporting oversized, but not particularly heavy, cargo, like aircraft parts.Read more: Superjumbo on streets of tiny villageThe Beluga can carry the wings of an A340 airliner or a fuselage section for Airbus' newest wide-body aircraft, the A350.But it's not large enough to transport many A380 super jumbo parts. Those need to travel by boat, barge and road. 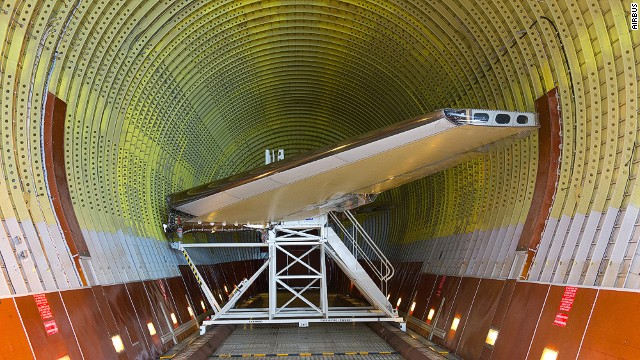 With a diameter of 7.1 meters, the Beluga has an incredibly large cargo hold. Though its maximum payload of 47 tons is surpassed by only a handful of cargo aircraft, the hold makes it good for oversized but not particularly heavy cargo.With the A300 now out of service, the new Belugas will be based on the Airbus A330 and be bigger than the existing fleet. While the current planes can only carry one wing for the new A350 at a time, the new jet will be able to take on board both on the same flight.And for plane-spotters who love the unique shape of the existing Beluga, that will remain much the same."It will be the same look," says Gosselin, "because we will operate both fleets in parallel for a number of years and it will also be compatible with existing loading means."The first of the new fleet will enter service in 2020.Watch: First flight of Qatar Airways' A350XWBAviation writer Miquel Ros contributed to this report.