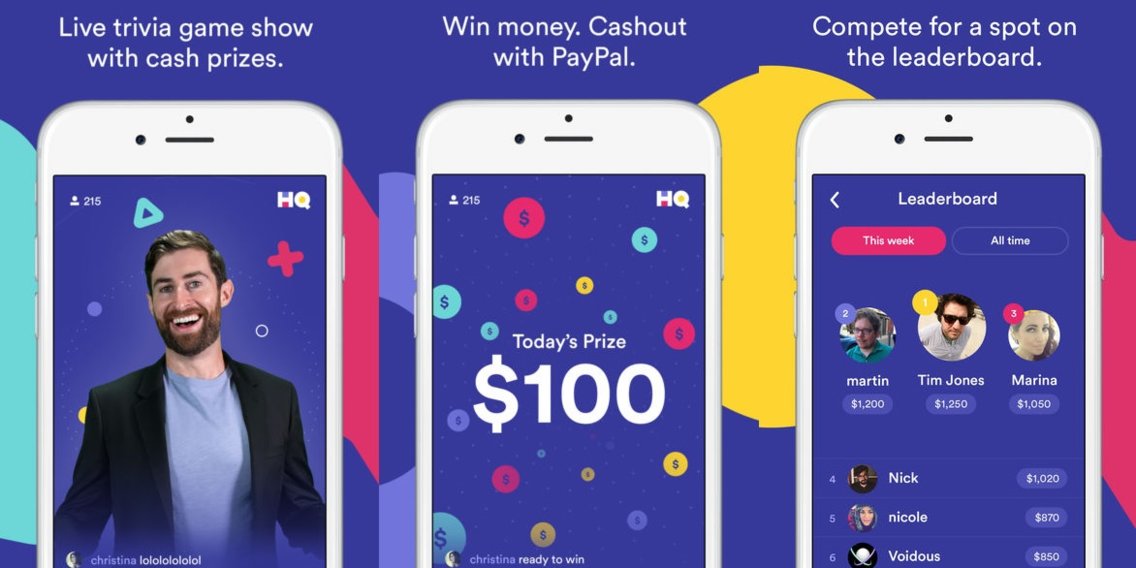 One-time "Jeopardy" champion Alex Jacob took to Twitter on Monday to express his frustrations with HQ Trivia: He won tens of thousands of dollars on the live game show app one month ago, he says — but he has yet to be paid, and doesn't believe that he will.He's gone so far as to ask Twitter users to retweet his message, promising $100 to a random retweeter on the event that HQ Trivia pays him what he says he's owed.Jacob, a professional poker player, has won big on "Jeopardy," the long-running TV game show. Over six games and a Tournament of Champions in 2015, he won nearly $400,000. Jacob also appeared in the "Jeopardy All-Star Games" in 2019.Now, it seems, he's turned his talents to HQ Trivia, the smartphone app that rose to prominence for promising players real cash prizes for winning its live trivia shows.Jacob tweeted his original attempt to cash out his full HQ Trivia winnings on June 11.It may just be a matter of playing the waiting game: According to HQ Trivia, it can take up to 90 days for winners to receive their cash prizes."We strive to make a game that is fair and fun for all players. As such, we have a rigorous process of reviewing winners for eligibility to receive cash prizes," HQ Trivia wrote to Business Insider in a statement. "Infrequently, we disqualify players for violating HQ's Terms of Service and Contest Rules. It may take some eligible winners up to 90 days to receive cash prizes, however 99% of players have been able to cash out within 48 hours of winning a game and we have paid out a total of $6,252,634.58 USD to winners since launch."If Jacob remains unpaid past the 90-day mark, it doesn't sound like it would be the first time that the game has dragged its heels on paying a player who's ostensibly played by HQ Trivia's contest rules. Fellow HQ players replied to Jacob's tweet with their own stories of the game failing to pay their winnings.As recently as January, Kotaku reported that players were not getting their promised earnings in a timely fashion, or sometimes, at all, and it wasn't always clear why. Some players say that the app's "cash out" button has been greyed out for them, meaning they can't push it and claim their earnings.At the same time, as its statement indicates, HQ Trivia has been working to stay a step ahead of those who don't play the game fairly. Fans have speculated that any difficulties in obtaining their payouts may stem from HQ Trivia's systems falsely flagging their accounts as cheaters, as Kotaku reported.HQ Trivia has had a rocky year. In April, prominent HQ Trivia host Scott Rogowsky left, around the same time it was reported that half of its employees signed a letter asking the company board to get rid of CEO Rus Yusupov. More recently, 20% of HQ Trivia's staff were reportedly laid off, even as the SensorTower analyst group reported that its app downloads are down 92% from a year ago.Author's page: https://www.businessinsider.com/author/rebecca-aydin