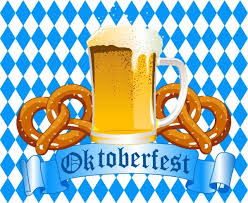 18 incredible beer gardens to visit in your lifetime

It's all thanks to an old German Brauordnung (beer regulation) that we can enjoy a nice cold beer in a shady beer garden today.According to the Atlantic, a regulation dating back to the 16th century allowed Germans to only brew beer between the months of September and April, partly because beer brewed at colder temperatures was more pure.As a result, breweries in Germany built cellars to store beer for the off months, and to keep the cellars cool, they planted trees. Soon, tables and gravel were placed under the trees and the Biergarten (beer garden) was born.We've rounded up some of the best places to enjoy a beer outdoors around the world.

Hofbräu München has been brewing beer for over 400 years — it was founded in 1589 by William V, Duke of Bavaria, and is one of only two breweries in Munich still owned by the Bavarian state. The Hofbräu's beer garden is a great place to enjoy a mass of quality German beer, as well as a Weisswurst and Brezel. Founded in Astoria, Queens, in New York City in 1901 by Czechs and Slovaks who had immigrated to the US, the Bohemian Hall & Beer Garden is still one of the best known beer gardens in the city. The menu boasts Czech food such as beef goulash and fried muenster, as well as Czech beers like Brouczevh and Krusovice. The monastery in the neighborhood of Mülln in Salzburg, Austria, has been brewing beer using a secret recipe since 1621. Its pub, called Augustiner Braustübl, is the country's largest beer tavern and includes both indoor and outdoor seating. There are 1,500 seats in the outdoor beer garden and customers serve themselves from wooden barrels. The Takao Beer Mount is more of a beer observation deck rather than traditional beer garden, but it is outside and surrounded by trees. It's Tokyo's highest beer garden and provides great views of Mount Takao and the city, plus there's an all you can eat and drink buffet. With a name like Cafe Sound Garden, it's no wonder that this Amsterdam beer garden sometimes features live music. Its location on the Singelgracht Canal also makes it a scenic place to sip on a not-so-pricey beer — and guests are even allowed to bring in their own food to enjoy. Turns out you can have an authentic German experience even in Atlanta, Georgia. Besides the German food and beer, Der Biergarten features Bavarian decor, and there's even a model-railroad made in Germany that circles the restaurant. Letná Beer Garden is the perfect spot for a beer — or wine since they serve that too — and a view. Located in Prague's Letenske Park, the beer garden's tables look out onto Prague's Old City and the Vltava River. Boasting delicious barbecue, beer, and a great beer garden to sit and enjoy it in, Sheffield's is a must in Chicago, Illinois. If you're into craft beer, the bar has plenty of that, with a total of 40 beers on tap and bottled European beer; plus they smoke their pulled pork for 14 hours before serving it. The People's Park Tavern in London is both beer garden and brewery. The on-site brewery is operated by Laine Brewing Company, and the garden is open year around (it's covered and heated in the winter). Situated on the edge of Victoria Park, it's a scenic place to enjoy a cold brew. Munich's Biergarten am Chinesischer Turm is one of the city's most popular beer gardens. Located in the Englischer Garten — Munich's largest park — the beer garden's green picnic tables and benches surround the Chinesischer Turm (Chinese Tower) and are shaded by large trees; it's a spot that's beautiful all year round. The Standard's Biergarten in New York City is your typical beer garden with German brews, wurst, and pretzels, housed in the Standard Hotel — the epitome of New York City cool. There are even foosball tables and ping pong. Flickr/lmpicardClick here to learn more about the Standard Biergarten >

You'll truly feel like you've taken a step back in time when you visit Café Vlissinghe in Bruges, Belgium. It's the city's oldest pub — dating back to 1515 — and the understated stone-walled garden in the back of the pub features not only beer but also a boccie court. Originally an English pub when it first opened in 1959 in Los Angeles, the Red Lion Tavern turned into a true German Gasthaus (guesthouse) when the wife of the new owner showed the chef how to cook German cuisine. The beer garden is on the roof, and there's plenty of traditional German fare — wurst, fried pickles, potato salad — to choose from. Bordering the city's Hirschgarten recreational park, Munich's Königlicher Hirschgarten is a little less touristy but just as authentic as the Hofbräuhaus. With the capacity to seat 8,000 people, Hirschgarten's beer garden is the largest in all of Bavaria — it's a great place to join some of the city's biggest football fans and watch games on the big screen. Formerly known as the Standard, the Garden District in Washington, DC, is a great place to hang out under blue Hofbräu umbrellas and savor some German beer paired with American barbecue favorites like brisket, pulled pork, and beans — or fresh donuts on the weekend. Get there early though, because the place closes when they run out of barbecue. The Faltering Fullback in London, England, is an interesting mix: It's an English pub that serves Thai food and has a surprisingly green rooftop beer garden divided into different levels of seating. Mecklenburg Gardens has been an institution in Cincinnati, Ohio, for close to 150 years — they even served beer during the Prohibition era. Today, the restaurant offers 15 beers on tap and 80 bottled beers, as well as a spacious shady backyard patio.