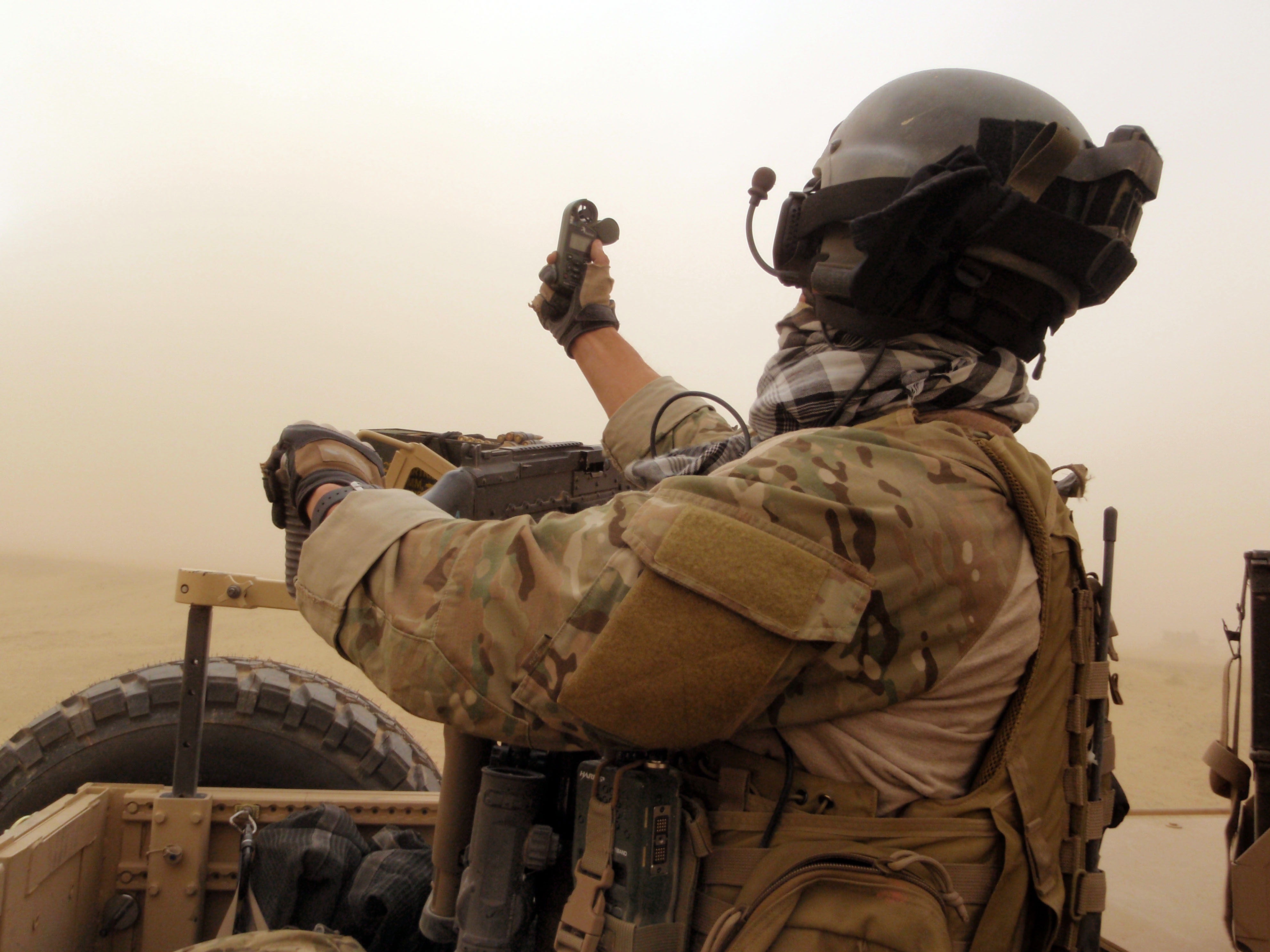 15 Most Dangerous Special Forces in the World

Special forces, or special operations forces are highly trained military units, well equipped to perform unconventional, unorthodox covert missions that are typically related to a nation’s political, economic purposes. There are many accounts of distinct forces throughout the history of warfare, which specialize in covert operations rather than conventional combat. The Romans used small, fast, camouflaged ships with specially trained soldiers for scouting and commando operations. Then, during the War of Crusades, Muslims deployed many camouflaged ships to gather intelligence and raid passing enemy ships. In Japan, ninjas were recognized as a special force, entitled for espionage and assassins. They are no ordinary military personals, so as our list. We enlisted 15 of the best of the best Special Forces around the world.

Special Services Group or SSG Pak was formed in 1956, by uniting two Pakistani regiments, namely 19 Baluch and 312 Garrison Company. The initial training and tactics of SSG was based on the US Special Forces methods with whom they closely co-operated during the Cold War against the Soviets. SSG also conducts several joint exercises with the Chinese military. Furthermore, interactions with other foreign special forces on a training base makes them a highly able special force. Originally, it had 6 companies and each company had specialization units, mostly in desert, mountain, ranger, and underwater warfare. They are equipped with an array of high end and modern weaponry like Steyr AUG, M4 Carbine etc. Read: 10 Coolest And Latest Military Gadgets

MARCOS, formerly known as the Marine Commando Force, is of the elite special forces unit of the Indian Navy. It is solely formed for regulating various special operations such as underwater warfare, counter-terrorism, Special reconnaissance, unconventional warfare, and it is one of the best in this business. After establishing into the navy ranks in 1987, MARCOS gained warfare experience gradually. Indian MARCOS is also engaged with other international special units such as US Navy SEALs, the British Special Air Service (SAS) and Russian special forces for training purposes at different levels. They also acquired a very distinctive name from the terrorists, who call them “Dadiwala Fuji”, meaning the “Bearded army” because of their bearded disguise in civil areas.

Special Intervention Group or Gruppo DI Intervento Speciale was formed in 1978 as a counter-terrorism strategic response unit under the Italian military police. Over the years, the unit has taken part in numerous counter-terrorism operations and high profile dignitary protection security details. This Italian special operation unit is renowned for its marksmanship. The sniper team is usually formed by two snipers, equipped with Mauser 86SRs, and by a scout or a guard, usually with a semi-automatic H&K PSG/1.

The GIGN or Gendarmerie Intervention Group was formed back in 1973, as a Special operations unit of the French Armed Forces. After the Munich massacre in 1972, and a prison mutiny in Clairvaux the year before, French government felt the need for a permanent solution to extremely violent attacks, under the assumptions that these would be difficult to predict and deflect. The GIGN has a command center, four operational troops of twenty operators, a support troop including negotiation, breaching, intelligence, communications, marksmanship, dogs and a special equipment cells.The special equipment cell equips the unit with highly modified and modern up to date equipment. On November 20th, 2015 a group of 50 GIGN personnel was deployed to handle an al-Qaeda hostage situation at the Radisson Blu hotel in Bamako, Mali. This French organization is renowned for its swift responses and accomplished combat capability in hostile situations, hostage rescue and anti-terrorism operations.

EKO Cobra (Einsatzkommando Cobra) is Austrian counter- terrorism, special operations unit. It is a semi- autonomous body, directly under the control of the Austrian Federal Ministry of the Interior. The Einsatzkommando Cobra, formerly known as GEK (Gendarmerieeinsatzkommando) was formed in 1978, as a response to the 1972 Munich Olympics attack. The EKO Austria was involved in many hostage rescue operations, but it is the only special forces unit to register a successful rescue operation of a hijacked aircraft while flying in the air in 1996, which stands till date. Wiener Neustadt, in southern Austria serves as the headquarters of EKO with sub-offices in Graz, Linz, Salzburg and Innsbruck.

The Border Protection Group 9 or GSG 9 is commissioned in 17th April, 1973, as a German counter-terrorism and special operations unit. One year before that, on September 5, 1972, a group of terrorists named movement Black September infiltrated the Summer Olympic Games held in Munich, West Germany (commonly known by the name of Munich massacre). The situation was soon out of control, as the German Police neither well trained nor well equipped to deal this hostage situation. This resulted into the failure of the rescue mission and the deaths of one police personnel, all remaining Israeli hostages and five of the eight terrorists. After the Munich massacre German government formed a special operation unit to counter any such attacks in the future. Since then GSG9 had taken part in as many as 1,500 missions and in 2005, they won the SWAT World challenge. At the time of the 1977 Mogadishu mission, the Commander of the Israeli Border Police Tzvi War described GSG 9 as “The best anti-terrorist group in the world.”

JW GROM is Poland’s finest counter-terrorism unit. GROM which means “thunder”, is one of the five special operation forces units of the Polish Armed Forces. It was officially activated on July 13, 1990, and deployed on a variety of special operations and unconventional warfare roles, including anti-terrorist operations and projection of force behind enemy lines.

Sayeret matkal is a special forces unit of the Israel Defense forces (IDF). The unit is modeled after the British Army’s Special Air Service, instituted in 1957. After the Qibya massacre and abandoning of Unit-101, the IDF was left without a dedicated special-forces unit other than the Navy’s Shayetet 13. In 1957, a former Palmash (an underground army of the Jewish community) fighter, petitioned the IDF to create a unit that could be dispatched to enemy-held territory to carry out top secret intelligence-gathering missions. Members of the unit are specially trained by semi-nomadic groups known as Bedouin, in order to obtain a better understanding of their adversaries in that particular terrain. The operation Entebbe, demonstrated the reach and capability of Sayeret Matkal to the world, when a group of around 100 Israeli commandos, including an assault force of Sayeret Matkal assaulted several terrorists with hostages on-board an airliner which was flown to Entebbe Airport in Uganda.

Joint Task Force 2 (JTF2) is a Canadian special force, started in 1993 solely for counter-terrorism operations. The JTF2 were involved in many missions since its formation, but the most notable ones are 2001 Afghanistan war and Iraq in 2006. Their operations in Afghanistan were so secret that even the then Canadian Prime Minister was unaware of the fact that the force was involved. The JTF2 is well supplied with some of the best equipment available. Despite of its recent origin, it is well respected and one of the best at what they do.

The Australian Special Air Service Regiment is one of the highly rated special forces in the world. Unlike most of the special forces, the SASR is an integral part of the Australian Army rather than its Navy. Established in 1957, the SASR draws early experiences of the Australian Services Reconnaissance Department Units which were disbanded soon after the World War 2. Principally, it is designed to conduct far fetched covert missions and surveillance assignments with small teams and at the same time for conducting raids in large groups. Over the years, SASR has been involved in various peacekeeping and anti-terrorist operations domestically and overseas. Alongside war fighting during conventional conflicts, the regiment is also tasked with maintaining a specialist counter-terrorist capability. Other capabilities include training indigenous forces, recovery of Australian citizens and humanitarian assistance.

Delta Force, also known as 1st Special Forces Operational Detachment Delta (1st SFOD-D) is a U.S. Army unit for counter-terrorism, hostage rescue and reconnaissance against top profile targets. Delta Force was formed in the 1977, after major terrorist attacks in 1970s. Charles Beckwith, a Special Forces officer, had served as an exchange officer with the British Army’s Special Air Service (22 SAS Regiment) during the Malayan Emergency. Upon his return, Beckwith in his detailed report, highlights the U.S. Army’s vulnerability. He proposed a highly adaptable and completely autonomous, group small teams, specializes in covert and counter-terrorist missions. In a recent interview, former Delta Force operator Paul Howe stated about the high attrition rate of his Delta selection course, that out of his two classes totaling 240 men, only 12 to 14 candidates completed the course.

Alpha Group, or Alfa, officially known by the name of Directorate “A” of the FSB Special Purpose Center (TsSN FSB), is an elite unit of Russian special forces. It is a dedicated counter-terrorism task force of the Russian Federal Security Service (FSB), created by the Soviet KGB in 1974. Here is a question, what about the Spetsnaz? Well, many of you may know about it, but many of you not, to keep it simple, ‘Spetsnaz’ is a general term used for all the Soviet/Russian special-forces. The Alpha Group is one of the most aggressive and brutal forces in the world. In 1985, Alpha was dispatched to Beirut to try and rescue four Soviet diplomats. Domestically, it has been involved in most of the major anti-terrorist/hostage operations in Russia most notably Moscow theater siege of 2002 and the Beslan school siege in 2004.

Shayetet 13 is a veteran special force unit of the Israeli Defense forces and is among the best of the best in the world. Formed in 1948, Shayetet 13 has an exceptional abilities in sea-to-land incursions, counter-terrorism act, sabotage, maritime intelligence gathering, maritime hostage rescue, and boarding, you just name them. The unit is well respected among the world’s special forces, and is often compared to the likes of US Navy SEALs and Britain’s Special Boat Service. Their most notable operation was back in 1972 Munich Olympics, when they successfully and eliminated those who were responsible for the attack on the Israeli athletes.

This distinct American Special Forces group was created in 1962 as an integral part of the Naval Special Warfare Command and United States Special Operation Command. Although, one can trace the roots of the Navy SEALs from the World War 2, the Vietnam war of 1961 saw the actual birth of modern day SEAL. There is no doubt that operation Neptune spear was the greatest achievement of Navy SEALs alongside many other next to impossible tasks. They are known for their superior physical and mental strength which they build in a year long training. Read: 13 Top Secret US Military Intelligence Programs

The Special Air Service (SAS) is one of the oldest and the best special force that serves Britain. The SAS founded in 1941, first as a regiment, but later as a corps. The Special Air Service comprises of three units: 22 SAS the regular unit, 21SAS (Artists)(R) and 23 SAS the reserve unit. 22 SAS regiment has four operational squadrons: A, B, D and G.Each squadron consists of more or less 65 men commanded by a major, which are further divided into four troops each troop being commanded by a captain and a headquarters section. The importance of the British SAS can be judged by a single fact that many of the overseas special forces were primarily based on SAS principles. One good example is the American Delta Force, which was formed by Colonel Charles Alvin Bekwith, who served 22 SAS as an exchange officer.