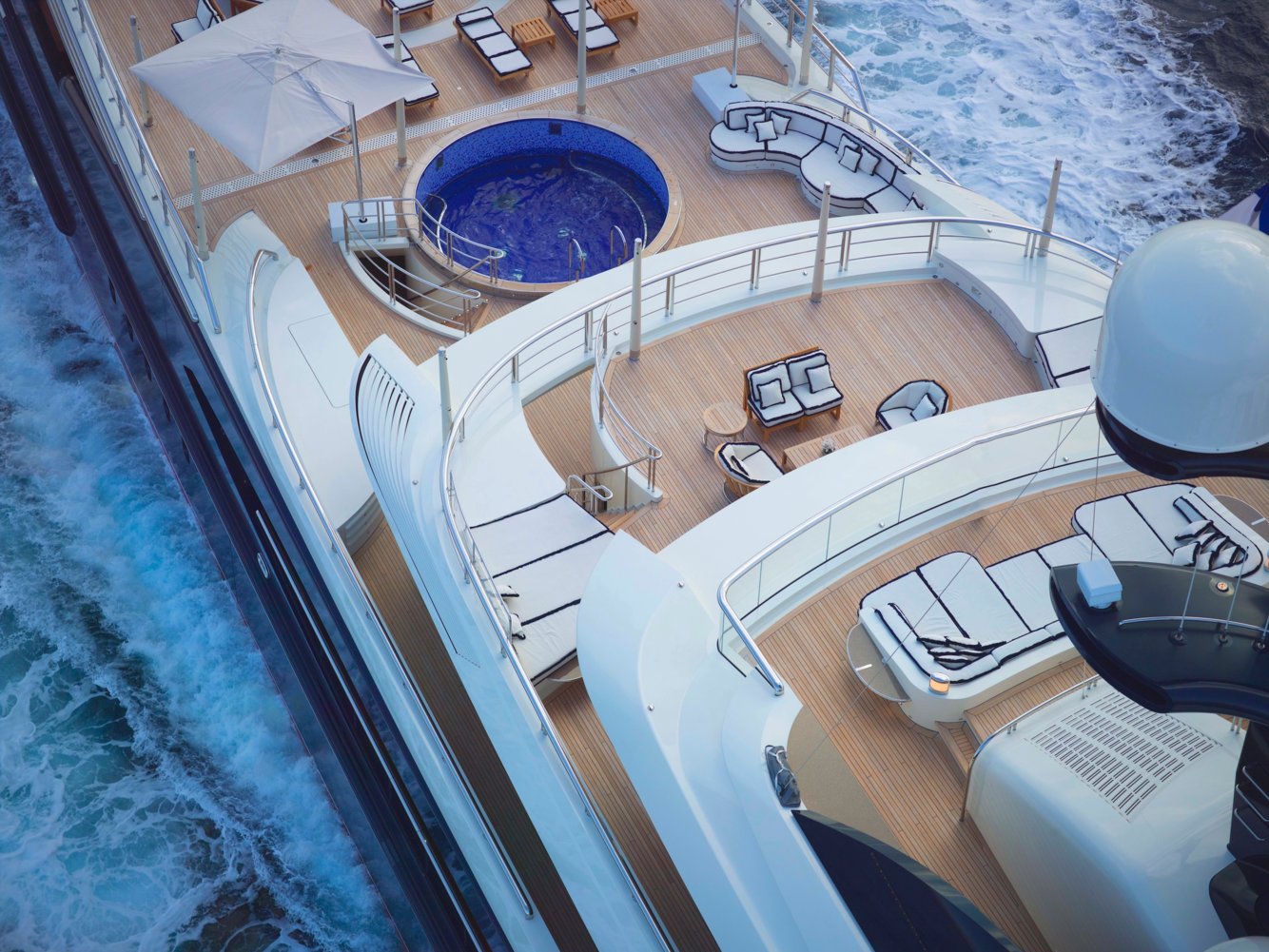 11 of the most expensive yachts in the world: PHOTOS

It has become normal for the world's wealthiest individuals to drop millions, even billions, on lavish superyachts.Oil Sheikhs and Russian tycoons alike are spending their holidays on massive yachts with swimming pools, basketball courts, and even concert halls.Rumors circulated online in August that Amazon CEO Jeff Bezos had dropped $400 million on a superyacht called the "Flying Fox" with 36 guest cabins, a 12-meter swimming pool, and a helicopter pad. However, an Amazon spokesperson told INSIDER that the yacht does not belong to Bezos.Keep reading to see 11 of the most expensive superyachts on the planet, ranked from least-exorbitantly expensive to most expensive.

Walmart heiress Ann Walton Kroenke owns the Aquila, which is estimated to be worth $150 million.

The 281-foot yacht was spotted in Antibes in during the Cannes Film Festival in May, Business Insider previously reported.

The estate of Microsoft cofounder Paul Allen once owned a 414-foot yacht dubbed the Octopus. It's valued at $200 million.

The yacht has 41 suites and cost a whopping $200 million to build, Business Insider previously reported. The Octopus comes with a pool, two helicopters, and a movie theater. If that's not enough, there's also a basketball court and recording studio.

The yacht won the Motor Yacht of the Year award in 2009. It has two VIP suites that each come with a bathroom, living room, and double bedroom, according to Superyachts.com.

The Dilbar, the world's largest yacht by gross tonnage, was built for Russian billionaire Alisher Usmanov for $256 million.

It is 509 feet long, making it one of the biggest megayachts on this list, according to The Guardian. There's not much information about the Al Said's different amenities. It does, however, have a concert hall that can fit a 50-piece orchestra.

The gigantic $400 million Dubai yacht measures 532 feet and is currently owned by Sheikh Mohammed bin Rashid Al Maktoum, the Vice President and Prime Minister of the UAE and Emir, or ruler, of Dubai.

The superyacht features a mosaic swimming pool, circular staircase, and helipad, The Guardian previously reported. It can fit 24 guests overnight.

Russian tycoon Andrey Melnichenko owns Motor Yacht A, which is worth $400 million.

The yacht has seven luxurious cabins that sleep 14 guests, Business Insider previously reported. It also has three swimming pools, one of which has a glass floor.

The Serene Yacht was purchased for 500 million euros (roughly $560 million) in 2015 by Mohammed bin Salman, the crown prince of Saudi Arabia.

The Serene is the largest yacht to have ever launched into Italian waters, according to The New York Times.

David Geffen, a billionaire entertainment mogul, has owned the $590 million Rising Sun since 2010.

Geffen originally shared the yacht with Oracle founder Larry Ellison, Business Insider previously reported. The 454-foot superyacht comes with a basketball court and can fit 18 guests. In April 2017, Geffen hosted the Obamas on the megayacht.

The owner of the $600 million Azzam yacht is unclear, but many speculate it is owned by the royal family of Abu Dhabi.

At 590 feet long, the Azzam has long held the title of the largest superyacht in the world.

The $1.9 billion Eclipse yacht was delivered to Russian billionaire Roman Abramovich in 2010.