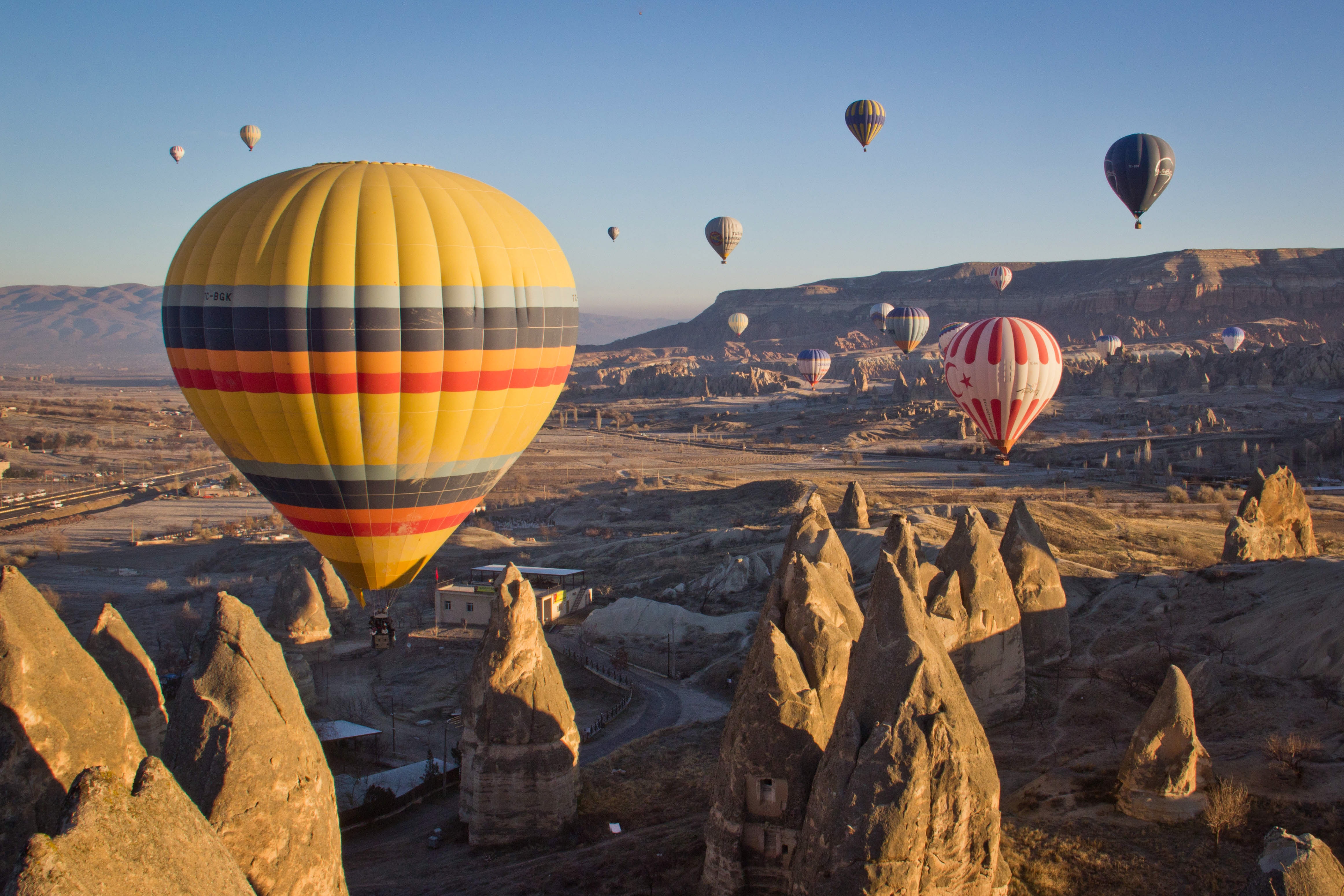 Famous for its unique rock formations and amazing hot air ballooning opportunities, the otherworldly landscapes of Cappadocia are one of Turkey’s most popular natural wonders. Unusual honeycombed boulders rise from the plateau of Central Anatolia and have, over the centuries, served as the backdrop for a history equally as fascinating. The region was once the heartland of the Hittite Empire and later gave rise to some of Christianity’s earliest philosophers. Cappadocia is now a prime tourist destination with plenty of interesting facts to discover. Here’s ten of the best.

1. Three to four million years ago a series of volcanic eruptions shook the Central Anatolian area, forming what we now know as the Cappadocia fairies or ‘Cotton Castles’.

2. Cappadocia’s landscape was formed by volcanic erosion. Thick ash solidified into a soft rock, called tuff, and over time the tuff rocks eroded with wind and water, creating the iconic fairy chimneys we see today.3. Cappadocia spans a distance of 5,000 kilometres and sits on an altitude of over 1,000 metres, cutting through three Anatolian provinces – Nevsehir, Keyseri and Nigde.4. The name Cappadocia derives from the Persian word Katpaktukya, which means ‘the land of beautiful horses’ for in ancient times the region was known for its equine offering. Horses are still important to the locals who call Cappadocia home and they also offer an alternative mode of transport for visitors.5. There are a number of underground cities in Cappadocia, some connected by a network of tunnels. These subterranean settlements were made possible thanks to the pliability of the soft rock. Many are open to visitors, however, a lot of the land in the area is private property.6. There are as many as 600 churches carved from the soft Cappadocian rock, and possibly many more that have not yet been discovered. These churches date back to Medieval times and display beautiful painted frescoes, which have retained an amazing amount of colour and detail over the centuries though some painted figures have had their eyes scratched out by superstitious locals afraid of the Evil Eye.7. The village of Göreme serves as the region’s main tourist centre and is also one of the few Cappadocian settlements still inhabited today. Christians gave the town of Göreme its name meaning ‘you cannot see here’, as they hid in the area during the Arab invasion.8. The Göreme Open-Air Museum encompasses the best known religious complexes in the area. Alongside the other rock sites of Cappadocia, it was enlisted as a UNESCO World Heritage Site in 1985.9. Music concerts are often held in the surrounding cave buildings of Cappadocia, including the week-long Cappadocia Music Festival which showcases choirs and orchestras.10. The region of Cappadocia is a large grape producer and it’s believed that wine-making has a long history here. There’s a number of wine-tasting shops where visitors can sample the goods and in recent years wines from the region have won international awards.