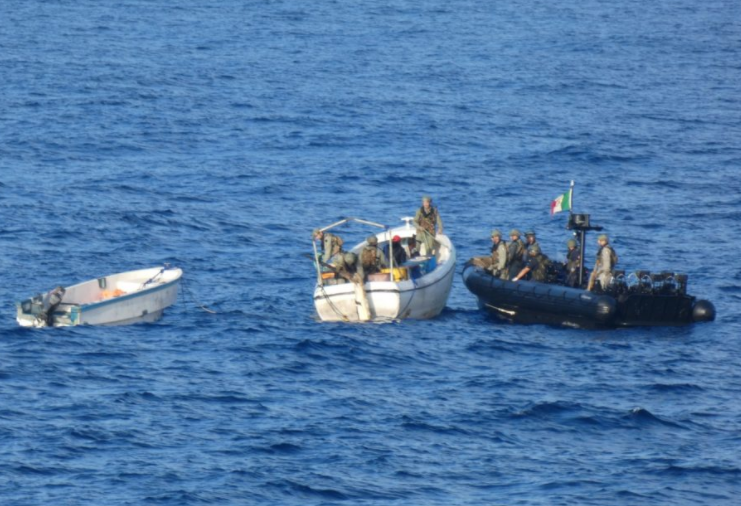 Six suspected pirates were detained following attacks on a 52,000 tonne containership and a fishing vessel, which reportedly took place on November 17 and 18 in the Southern Somali Basin.EU Naval Force (EU NAVFOR) informed that its Somalia flagship, the Italian vessel ITS Virginio Fasan, apprehended the six crew of a motor whaler, acting as mother ship, and detained a skiff after the events in an area known for piracy incidents occurred.During the incidents a number of rocket propelled grenades were fired at the containership. However, adherence to BMP4, the presence of a security team on one of the vessels, and good seamanship avoided any damage or injuries, and all crew and vessels are now safe, EU NAVFOR informed.The suspects were seized after their vessels were located and positive visual verification was made.A legal process was launched for the suspected pirates to be transferred to the appropriate authority for prosecution.