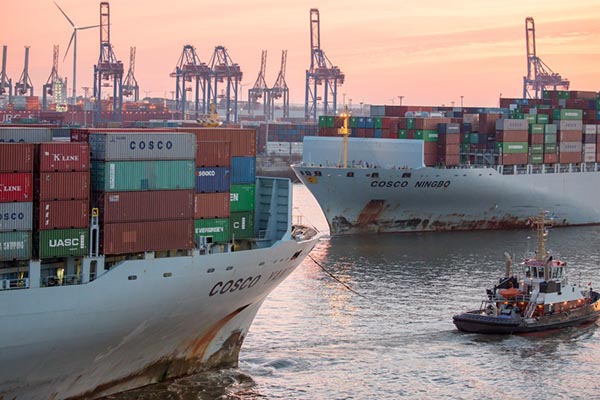 Germany’s Port of Hamburg handled 35.6 million tons of various seaborne cargo in the first quarter of 2015, up 0.1 percent compared to the same period in 2014.Container throughput for the first three months of the year at 2.3 million TEUs was 2.3 percent lower compared to the same period a year earlier. The port attributes the decrease to a fall in container traffic with Russia. The port officials expect the container volumes to increase once sanctions imposed on Russia are lifted.The port handled 11.7 million tons of bulk cargo in the first quarter of 2015, a 12.3 percent increase year-on-year. Throughput of bulk cargoes was up in all the three segments, for suction cargoes by 19.4 percent at 2.7 million tons, grab cargoes by 17.2 percent at 5.5 million tons and liquid cargoes by 1.3 percent at 3.5 million tons.The trend was especially notable on coal imports that at 1.8 million tons increased by 64.1 percent. On the export side, the main contribution came from wheat, where the volumes handled rose by 44 percent to 1.62 million tons.