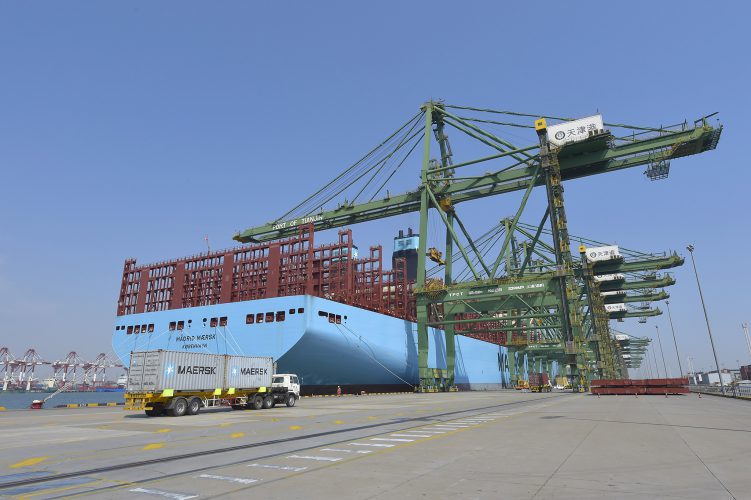 The 20,568 TEU Madrid Maersk, the first vessel in Maersk Line’s 2nd generation Triple-E class, called the Port of Tianjin in China on April 27 as the first port on its maiden voyage. The newbuilding was delivered from South Korean shipbuilder Daewoo Shipbuilding & Marine Engineering (DSME) to its owner last month.Madrid Maersk, which features a length of 399 meters and a width of 58.6 meters, is currently the largest boxship in the world built so far.Deployed in the company’s Asia – Europe service network, the 196,000 gross-ton Madrid Maersk is the first in a series of eleven 2nd generation Triple-E vessels. It is also the first of the 27 vessels Maersk Line ordered in 2015.Maersk Line is expected to take delivery of the remaining vessels until the end of 2018. As disclosed, these ships will replace older and less efficient tonnage.The company’s remaining order book consists of ten 2nd generation Triple-E, nine 15,226 TEU and seven 3,596 TEU boxships.