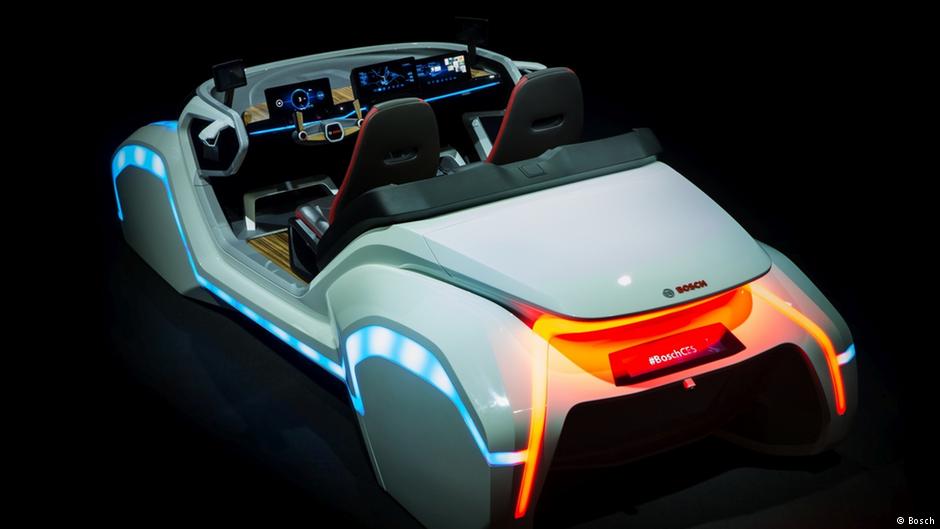 The future of driving is almost here

If you are eagerly waiting to own a self-driving car, you might get a chance sooner than you think. Some automakers are saying they're only four years away from bringing autonomous vehicles to market. US company Ford, for instance, plans to put driverless cars on the road by 2021.I recently had the opportunity to take a joyride in a (stationary) connected car and sneak a peek of what "driving" in the future might look like. The scenario: it's Friday afternoon, the workday is over, and I'm on my way to my cabin for the weekend. Upon entering the car, the driver monitoring camera recognizes me, which automatically activates my personal settings including the destination, my favorite radio station and the temperature.Self-driving vehicle tests began to pop up all across the globe in 2016, from buses in Finland to campus shuttles in Massachusetts to taxis in Singapore. Those tests, however, had drivers behind the wheel at all times. 2017, according to a Business Insider report, is the year the rubber hits the road: We will see approved tests of self-driving cars on public roads without drivers. The authors of the report called these tests an "important step towards full autonomy and the future where vehicles will not have manual driving equipment at all."A case in point: Ford's autonomous vehicle that is supposed to hit the road in 2021 will operate without a steering wheel, gas or brake pedal. To stay on schedule, the automaker recently invested one billion dollar (932 million euros) in artificial intelligence startup Argo AI. Detroit's biggest investment in self-driving technology yet was hardly a surprise: Virtually all major automobile firms now have an autonomous car program. Even companies like Intel are trying to get a piece of the pie: In mid-March, the chipmaker announced it will buy Israeli tech company Mobileye to obtain a leading role in the production of autonomous driving technology.The implications of connectivityThe next step of my autonomous joyride was to let the car take control - or to put my fate into the hands of an intelligent algorithm, depending on how you look at it. In my case, I put both thumbs on dedicated controls on the steering wheel. Within seconds, the steering wheel folded and the seats moved back, giving me as much room as a business class seat on a transatlantic flight. In the head-up display, I read: "Now driving in autonomous mode".I quickly learned that the more information we provide about ourselves, the more convenient and seamless the experience in a connected car will be. The downside, however, is that a lot of different apps and third-party companies need access to our data. Who will monitor this, and who will be held accountable if sensitive information falls into the wrong hands?"Companies in these businesses usually do all they can to ensure the integrity of the data and protect people's privacy," Shawn DuBravac, chief economist of the Consumer Technology Association told me. "Consumers have become generally comfortable sharing information that provides a better experience, whether that's music being available when they want it, or getting movie recommendations based on their taste."Data sharing is just one of the sensitive issues that need to be addressed before autonomous vehicles can become the norm. Other contested areas include mapping, regulatory and insurance issues as well as the coexistence of automated and non-automated vehicles, such as bicycles and motorcycles.Gradually moving towards full automation"My" concept car was a so-called "Level 4" autonomous vehicle, the fourth of five official classification levels. Level 4 vehicles don't need any human attention or interaction to control the car except in a few environments such as severe weather. According to a Business Insider forecast, half a million semi and fully autonomous cars will be shipped this year, a number the researchers expect to increase tenfold by 2020.

In theory, I could text or call friends without endangering other road users. That’s a good thing: According to a study by German car supplier Bosch, autonomous vehicles could save up to 11,000 lives per year in the US alone.No matter how fast self-driving technology asserts itself, the future of mobility will look drastically different than it does today. That means a lot of familiar concepts will fall by the wayside fairly soon: Aside from the aforementioned driving equipment, the prevailing ownership model will likely also be outdated down the road."You won't be able to buy our level 4 vehicles at a dealer," Colm Boram, manager of Ford's autonomous vehicle platform, told me. "They will be available in a ride-hailing or ride-sharing service fleet." At least on paper, mobility-on-demand makes a lot of sense: The current average vehicle usage rate of four percent is neither good for one's wallet nor for the environment.Bridging the last mileBecause my car needed maintenance, I had to complete the last leg of my autonomous adventure on an e-bike. (Of course, the bike also "knew" my preferences including the location of my cabin.) The distance between a service station or a transport hub and one's final destination is commonly referred to as the "last mile"."20 percent of our rides in certain markets are first and last mile rides," said Michael Masserman, director of international government relations at US ride-hailing company and Uber competitor Lyft. "Ride-sharing has become a critical part of people being able to get to and from transport hubs like train stations."

The shift towards ride-sharing and declining ownership rates has automakers scrambling for alternative revenue streams: Volkswagen wants to generate a "substantial part" of its revenue from mobility services like car sharing by 2025, BMW recently invested an undisclosed sum in carpooling service Scoop, and GM placed $500 million (479 million euros) in Lyft, which in March announced it's trying to raise an additional half a billion dollars.Although a driverless future seems inevitable, it will likely take a decade or longer before it becomes the reality for the masses. Along the way, the human element could prove to be the biggest hurdle. That's why experts say many of the coming announcements will be around driver-assist technology, which is not only to provide consumers a more enjoyable and safer experience, but also increase their acceptance rate. Economist DuBravac believes this gradual shift towards self-driving is a good thing."As a result of having more and more self-driving vehicles on the roads, consumers will become significantly more comfortable with the idea of a driverless future and its implication on their daily lives," he said.