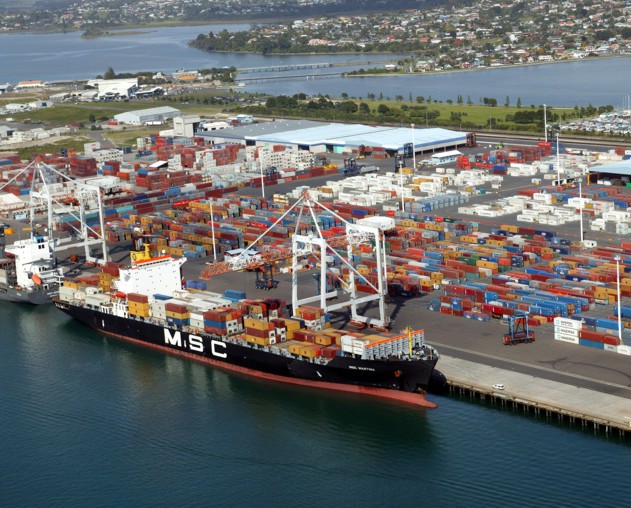 New Zealand’s Port of Tauranga is on track to become the first port in the country to transport more than one million containers across its wharves in a single year after posting strong half year results.The port handled 510,074 TEUs in the first six months of the Fiscal Year 2017, an 8% rise compared to the volume handled in the same period a year earlier.Overall, the port’s half year trade volumes grew 8% to 11 million tonnes from 10.1 million tonnes in 1H FY 2016.Half year revenue increased by 2.8% to NZD 125.3 million (USD 90.2 million), and net profit rose by 8.5%, to NZD 41.9 million from NZD 38.6 million, as the port benefited from rising cargo volumes, increased productivity, and the recently completed NZD 350 million expansion project which made larger vessels, such as the 9,500 TEU Aotea Maersk, regular visitors of the port.”Hamburg Sud last month announced it will introduce in March a big ship, peak season weekly service, with Tauranga as its only New Zealand call. The largest cruise ship ever to visit the Bay of Plenty – the 4,700 passenger, 1,600 crew Ovation of the Seas – also made its maiden voyage to Tauranga on Boxing Day and has made a couple of further calls since,” the port’s Chief Executive Mark Cairns said.In the first six months of FY 2017, a total of 774 ships called the port, 4% more compared to 741 vessel calls in 1H FY 2016.During the half year period, Port of Tauranga invested NZD 43.9 million in new infrastructure to further increase storage capacity and productivity. The investments included final payments on the two new gantry cranes commissioned, thirteen new straddle carriers and several property developments at the container terminal.