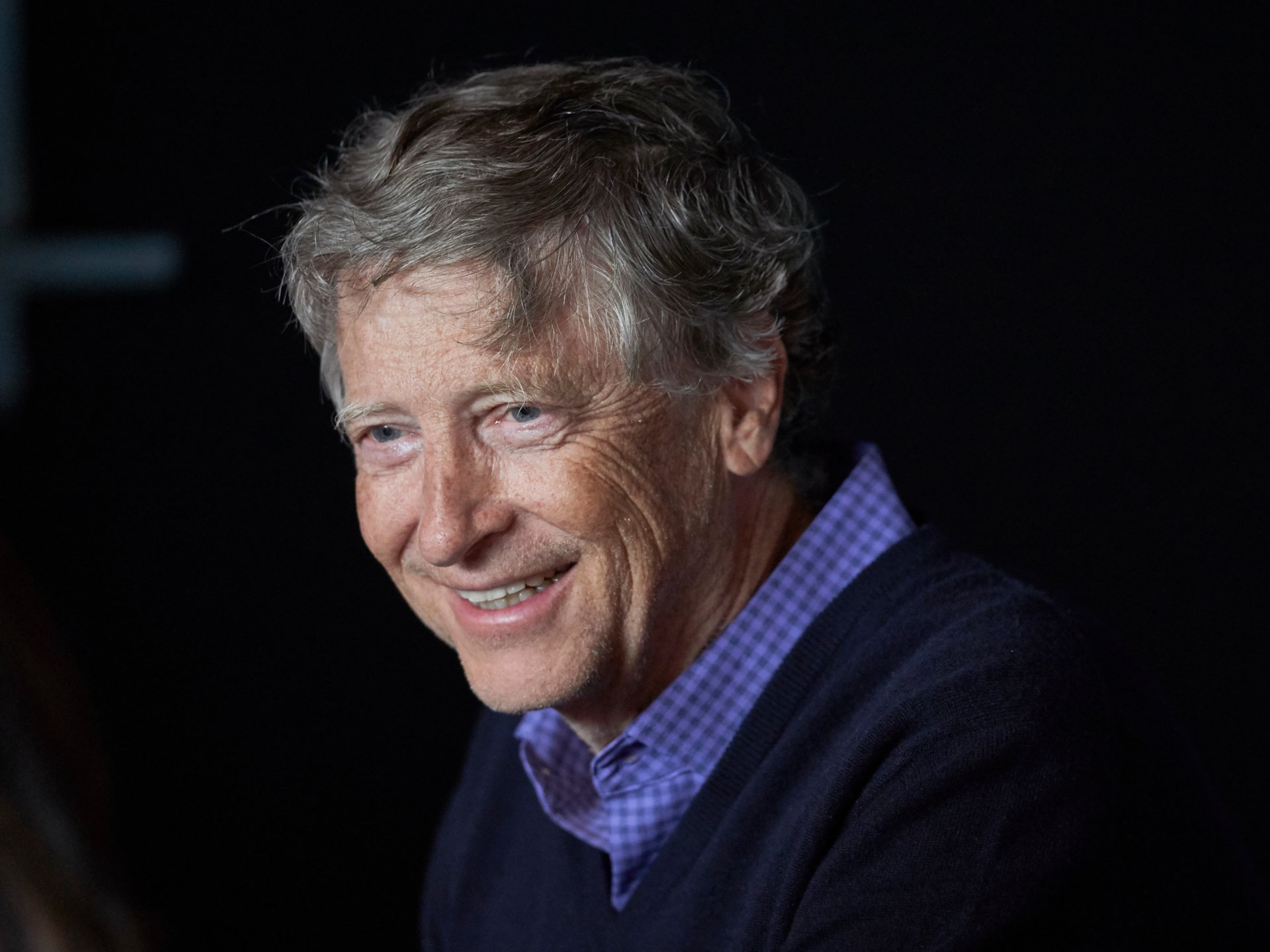 Bill Gates says Microsoft's early culture was made up of a "self-selected" set of mostly male employees who sometimes "went too far" in being "tough on each other."Gates was interviewed by CNN's Fareed Zakaria in a GPS show segment titled "How To Lead" that aired on Sunday. Zakaria asked Gates about the efficacy of his "demanding" managerial style."You were famously a very demanding person who suffered fools not very gladly; you pushed people hard," Zakaria began. "Do you think that was the best way to motivate people?""Inside Microsoft we had, to some degree, a self-selected set of people who were mostly males, I'll admit, and yes, we were pretty tough on each other, and I think sometimes that went too far," Gates said. "It was very intense, we counted on each other to work very long hours, and I always wanted to set the best example at that."In an interview with Business Insider in April, Melinda Gates also characterized Microsoft's culture as "aggressive" when she began at the company in 1987."The piece that surprised me a bit was how aggressive the culture was. I knew it'd be fast-paced, I knew it'd be competitive, but it was just quite aggressive," Melinda Gates said.Though Gates said that sometimes his intensity went a bit too far, it "was great for my 20, 30s, 40s," and today he says he's a "bit more mellow and I'm not pushing quite as insanely." His leadership in the Bill & Melinda Gates Foundation has echoes of his old style in terms of clarity. During his interview with Zakaria, Gates used the example of the the foundation's project to fund designs for sustainable, hygienic toilets not requiring sewer systems."I'm still clear about — hey, that toilet design's too expensive, it's a dead end, we're not going to put more money into that — that works for being the co-head of the foundation," Gates said.Microsoft's current company culture, and its alleged treatment of women, came under fire this spring. An internal email thread, started in March, accumulated dozens of stories of women who say they faced sexual harassment at Microsoft, Quartz reported. Quartz highlighted one email from a female employee who alleged that "an employee of a partner company threatened to kill her if she did not perform implied sexual acts" and Microsoft's HR did nothing to help when she first reported the incident. Wired reported that the email thread was initially started by "a woman distraught that she had hit a brick wall after years of trying to gain a promotion, despite the support of her manager" at Microsoft; she wrote, "The boys club won out on all fronts." Wired also reported that following the revelation of these emails, 100 to 150 Microsoft employees protested the company's culture at a meeting with CEO Satya Nadella in April.Bill Gates no longer has a day-to-day managerial role within Microsoft: He serves as a board member and technology advisor. Microsoft declined to comment beyond the Fareed Zakaria GPS special interview with Bill Gates for this article.