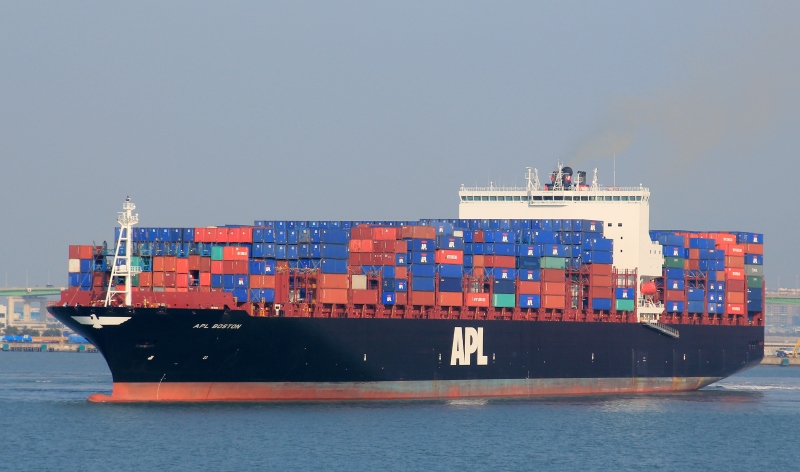 The fire broke out on Sunday afternoon while the containership was 30 nautical miles South-West of Cape St Francis – some 50-70 kilometers west of the city of Port Elizabeth.Having been informed of the fire, the SAMSA Maritime Rescue Coordination Centre (MRCC) located in Cape Town set in motion rescue services as the vessel’s crew was working to put out the blaze, Captain Daron Burgess, a Principal Officer for SAMSA’s Southern region is quoted by SAMSA as saying.According to Captain Burgess, when alerting the MRCC, the crew of the vessel had been under the impression that the fire was on the vessel’s No.3 cargo hold only to be later established as having broke out in its No.4 cargo hold.As informed, the 2007-built ship heaved anchor at about 05:00h this morning and was instructed to proceed further out in the bay to clear the other vessels at the anchorage area. The Transnet National Ports Authority (TNPA) tugs continued with boundary cooling during the morning hours. There were no injuries reported.The ship is now docked at Ngqura harbour, some 30km east of Port Elizabeth.The cause of the major blaze on board the APL Austria is yet to be determined, as an investigation is scheduled to be launched once the fire is extinguished.The APL Austria, owned by Marugame Kisen Kaisha from Japan, is about 280 meters in length overall, featuring a beam of about 40m and a deadweight of some 72, 807t.