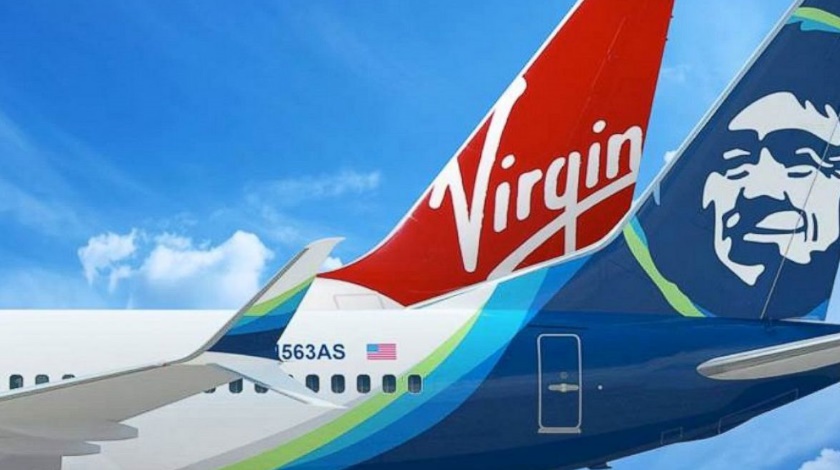 Alaska Air has outbid JetBlue for Virgin America, and it will buy the company for $2.6 billion.Including debt and capitalized aircraft operating leases, the deal is worth about $4 billion.In a statement Monday, Alaska Air, parent company of Alaska Airlines, said it would buy Virgin America for $57 a share in cash."With an expanded West Coast presence, a larger customer base, and an enhanced platform for growth, Alaska Airlines will be positioned to provide more choices for customers, increase competition, and deliver attractive returns to investors," the statement said.Virgin America shares surged to an all-time high in early trading. Alaska Air shares fell 5%. GoogleThe Wall Street Journal reported over the weekend that Alaska Air was close to outbidding JetBlue in an auction for Virgin America and was willing to pay more than $2 billion.The combined companies would be the fifth-largest airline in the US by traffic, the Journal said, pushing JetBlue out of that spot.They hope to achieve $225 million annually in cost-saving synergies, which could involve people losing their jobs.The deal has been approved by shareholders of both companies and is awaiting regulatory clearance. Alaska Air expects everything to be completed by January 1.Alaska Air CEO Brad Tilden will lead the combined company, based in Seattle.Richard Branson's Virgin Group owns a 54% stake in Virgin America."I would be lying if I didn’t admit sadness that our wonderful airline is merging with another,"Branson wrote in a blog post. "Because I'm not American, the US Department of Transportation stipulated I take some of my shares in Virgin America as non-voting shares, reducing my influence over any takeover. So there was sadly nothing I could do to stop it."