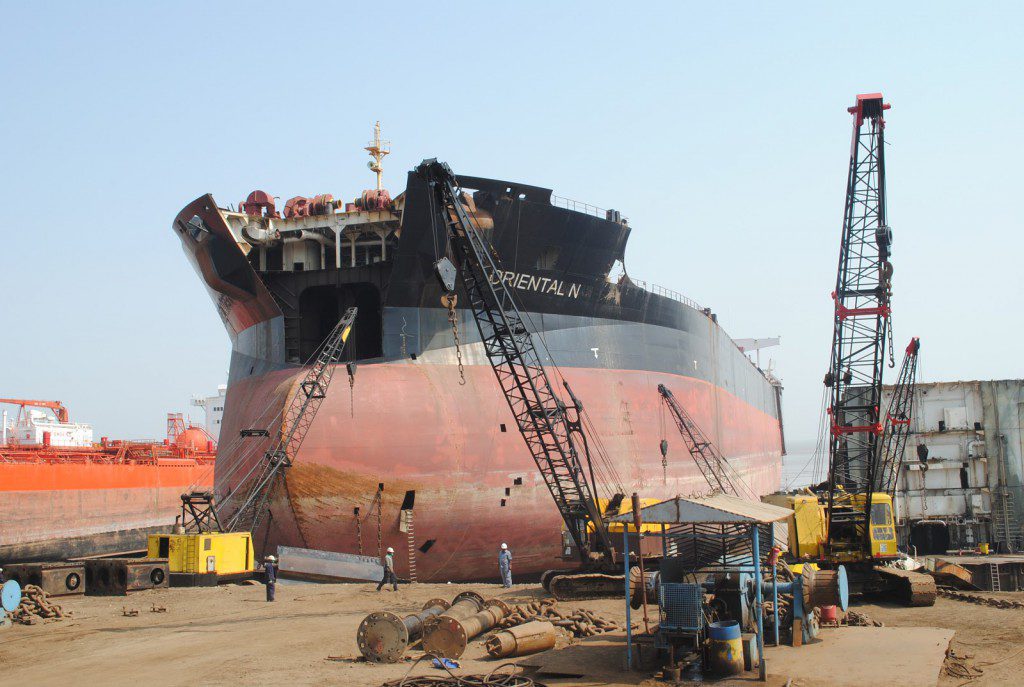 Alang Demolition Activity Declines by More than 30 Pct in 1Q

Demolition activity at Alang yards in the Indian state of Gujarat decreased by 34 percent from January to March 2017, according to NGO Shipbreaking Platform’s data.During the quarter, only 69 ships were sold to Indian shipbreaking yards, compared to 105 sold in the same period last year, NGO Shipbreaking Platform told World Maritime News.The main reason for the decrease is that Bangladesh and Pakistan are paying more for vessels due to their dependence on recycled steel, Indian news site Business Standard reported.Another reason is a higher Baltic Dry Index (BDI). When the index is high, fewer ships are sold for demolition.In addition, hefty declines in local steel plate prices were seen at all locations in the Indian subcontinent last week, according to GMS weekly report.Ship prices declined by at least USD 10/LDT across the board (except Turkey).As such, it left a dampener on proceedings moving towards the third quarter of the year and the traditionally quieter/lower-priced monsoon season, GMS said.However, India is still the most bullish and the highest placed sub-continent market, with both Pakistan and Bangladesh struggling somewhat with travails of their own last week.“Adding to this is the fact that only Bangladesh and India can take tankers with a total ban on the beachings of wet units still in place in Pakistan, after the fatal accidents that took place there late last / earlier this year,” GMS further said.The latest available report on shipbreaking activity issued by NGO Shipbreaking Platform shows that 122 end-­of-­life ships were sold for breaking in India, Pakistan and Bangladesh in the third quarter of 2016. India was the preferred final destination, with a total of 61 vessels sent to the country’s yards during the observed period.