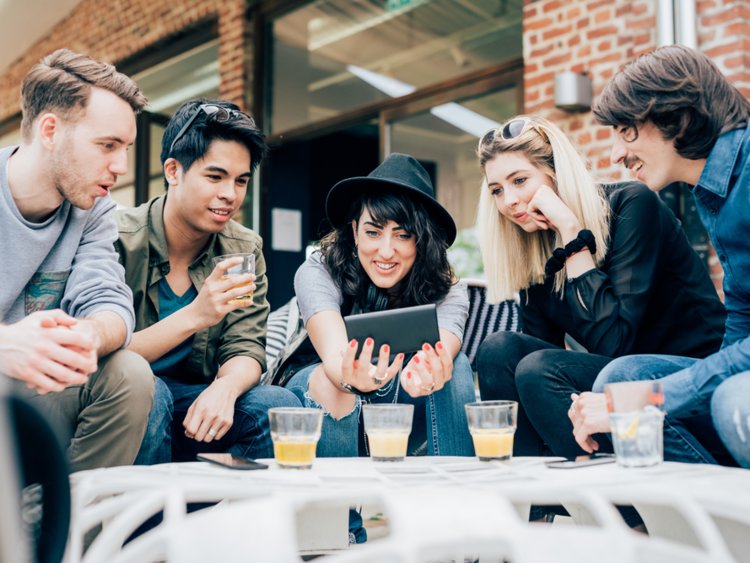 Millennials have been blamed for killing plenty of industries. But according to a Federal Reserve study, it's not their fault."Millennials, long presumed to have less interest in the nonstop consumption of goods that underpins the American economy, might not be that different after all, a new study from the Federal Reserve says," Bloomberg's Luke Kawa and Jeremy Herron reported on Thursday.They added: "Their spending habits are a lot like the generations that came before them, they just have less money at this point in their lives, the Fed study found. The group born between 1981 and 1997 has fallen behind because many of them came of age during the financial crisis."Differences in spending between millennials and past generations, the Fed study says, are not primarily due to "unique tastes and preferences." Instead, its authors, Christopher Kurz, Geng Li, and Daniel J. Vine, point to general technological changes, ongoing demographic evolution, and economic cycles.Most significantly, most millennials came of age during the Great Recession, kneecapping their financial well-being in their early years of adulthood.Read more: 'Psychologically scarred' millennials are killing dozens of industries — and it's their parents' fault"Millennials are less well off than members of earlier generations when they were young, with lower earnings, fewer assets, and less wealth," the study said, adding, "Conditional on their age and other factors, millennials do not appear to have preferences for consumption that differ significantly from those of earlier generations."Average real labor earnings for male household heads working full time were 18% and 27% higher for Gen Xers and baby boomers when they were young compared with millennials, the study found. For young women, the difference was smaller — 12% for Gen Xers and 24% for boomers — but earlier generations were still making more money when they were younger among similar demographics.

Millennials' having less money to spend has put pressure on various industries. They're forced to be choosier about what they buy, and certain purchases remain out of reach for many.It remains to be seen whether economic recovery will eventually correct these imbalances.The authors of the Fed study said they found "little evidence that millennial households have tastes and preference for consumption that are lower than those of earlier generations." For example, millennials have started spending similar amounts of money on cars as earlier generations now that they aren't as heavily burdened by the recession.However, other experts have argued that the psychological effects of the Great Recession might linger."I think we have got a very significant psychological scar from this great recession," Kimberly Greenberger, a Morgan Stanley analyst, told Business Insider in 2017."One in every five households at the time were severely negatively impacted by that event," Greenberger continued. "And if you think about the children in that house and how the length and depth of that recession really impacted people, I think you have an entire generation with permanently changed spending habits."