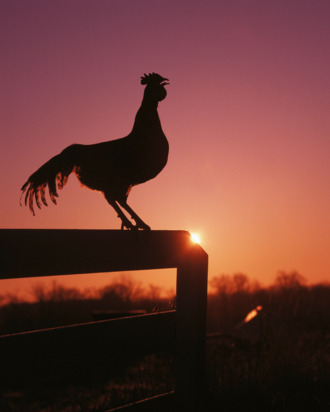 I have some unsolicited work (life?) advice, which is that if you don’t know how to deal with a problem, or a whole host of problems, try getting up obscenely early. Like 5 or even 4 a.m. Just for a little while, at least, like maybe three or four years.When I helped start a website almost a decade ago, I didn’t know anything about how to do it, but I knew that at the very minimum I could wake up early as hell. (That website is now closed, however, so, grain of salt.)At the time, the early-morning routine stuck, immediately, in part because it felt good (I felt as if I were inhabiting a secret world), and in retrospect I’m kind of stunned by how many problems something so simple did actually solve. I didn’t know how to manage people or my own time, or how to handle almost any of the new responsibilities I had, but giving myself what felt like more than enough time to look at them turned out to be basically all I needed. Sort of, anyway.Here’s my rationale:First of all, almost no one is awake then, so you can quietly and without being judged just get a bunch of stuff done. Also, no one is trying to get in touch with you (and although it wasn’t relevant then, a major factor now is that you don’t have to be on Slack). You can do all the little tasks that are otherwise not crucial but that weigh over you like a nuisance cloud all day as they build up, such as getting to in-box zero, scanning feeds, pursuing internet rabbit holes without needing to account for yourself, or spending hours pinning down a detail that almost no one else will ever notice. Or whatever it might be. You can keep your brain in a sort of primal mode. It’s as if the “talk to people / get dressed / be presentable” mode isn’t on yet, and you’re almost a different person — even a little reptilian.Also, of course, waking up early gives you a surge of power; you feel superior, smug. It’s also kind of like being vegan — I’m pretty sure there’s no one I talked with back then who I didn’t tell in some way, as quickly as possible, that I got up at 5 a.m.Back then I also felt a little flicker of knowing that such an extreme routine can’t last forever (I’m trying to pick it back up now, but there were years when it seemed unnecessary), so I kind of relished it. Warranted or not, the early-morning routine gave me a vague but real sense of buying points for my later-sleeping self in the future, and of maybe even compensating for past laziness.Oh, and despite it being a very private, solitary time, getting up crazy early also feels a little like joining a club. One that never actually meets but whose members nod at one another across space and time. When I dated someone who got up at 8 a.m., but was otherwise successful and accomplished, I was kind of scandalized and would experience moments of self-doubt. Is the core of my approach to problem-solving not required?This is all obviously much easier to do when you don’t have a lot else going on, such as children. But in my experience, waking up obscenely early allows you to wear two hats, and the wearing of the first one allows for a much more peaceful wearing of the second one, if that makes sense. In times of stress, my early-morning self makes the day more pleasant for my regular self.Once you get going with an early-morning routine, there’s also a giddiness that can accompany it. It almost feels as if a set of fangs drop down, True Blood–style, in the predawn hours, and there’s a sort of ruthless delight there. I’m not saying that getting up early is a perfect routine that can last forever, but it’s maybe a turbo-charge button to press when confronted with a seemingly unsolvable problem or set of problems. For better or worse, it’s a way of throwing numbers at something. Like, I may not be the smartest or the funniest, but I can at least be the earliest-rising, and that’s not nothing.Also, you can seem both driven and alarming when you send emails with 4 and 5 a.m. timestamps.