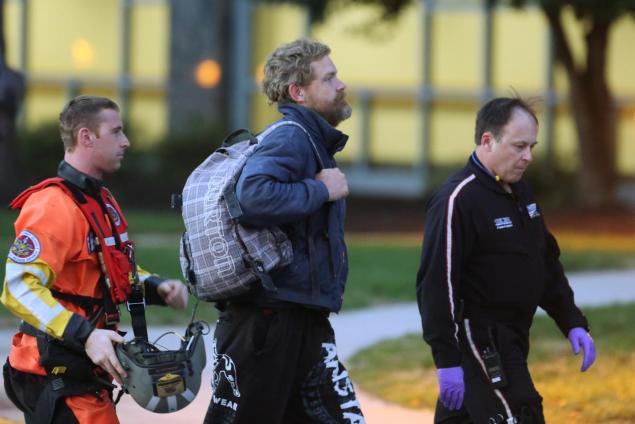 A man missing at sea for 66 days has been rescued in a disabled boat off the North Carolina coast, the US Coast Guard said on Thursday.


Louis Jordan, the sailor who was lost at sea for 66 days, admits that his fishing obsession led him to take risks that ended up capsizing his 1950s-era, single-masted sailboat almost 200 miles off the coast of North Carolina.Calling himself an "inexperienced sailor" when he set out from a marina in Conway, South Carolina, on January 23, Jordan told NBC's TODAY show on Friday:"I was planning on catching some big ones ... On the way there, my boat capsized. I was actually sleeping, that's when it happened. The whole boat had turned around and I was flying through the air somersaulting and the ceiling was the floor and the floor was the ceiling and this side was the other side and everything was upside down and backwards."The storm ended up breaking his collarbone, as well as his boat's mast and onboard communications equipment. “My boat got flipped and did a 180 on me while I was sleeping at night, and I was flying through the air and somersaulting and all my junk and all my equipment, all my GPS devices and everything, even my stove dislodged and it was all flying with me, all rolling around,” he told ABC News.How did he survive? Jordan says he made it through the months on willpower, practicality, and two or three pancakes a day. He also caught fish using his laundry and a net, and drank plenty of rainwater to keep himself hydrated.Source: http://www.businessinsider.com/inexperienced-sailor-describes-how-he-survived-2-months-lost-at-sea-2015-4#ixzz3WnF2bl3e