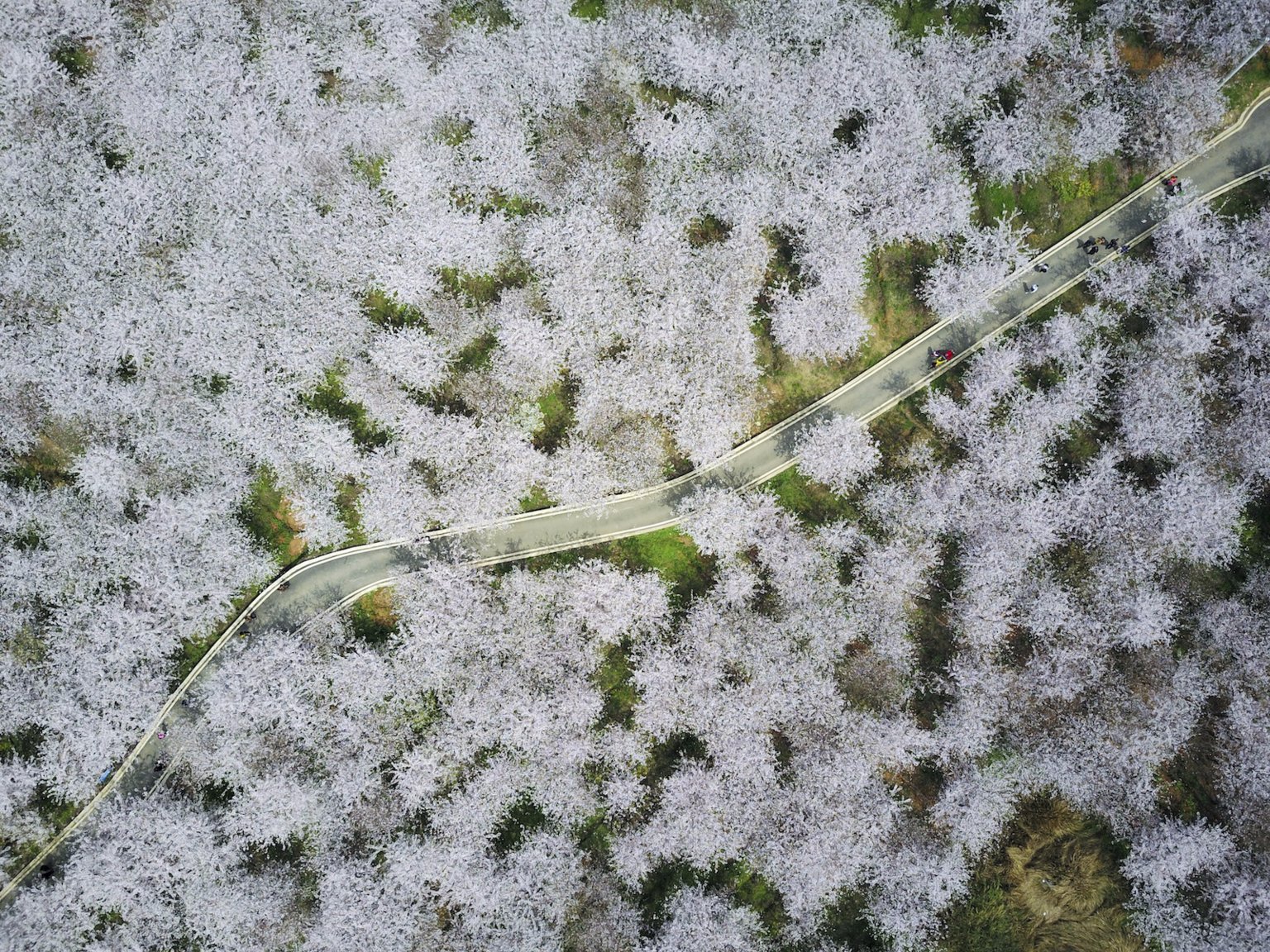 Have you heard of Quanzhou?The odds are, probably not. And yet, Quanzhou, China is home to 800,000 more people than Madrid, which you probably have heard of. The Guardian recently reported that China has over 100 cities with populations of over one million. 119 of these cities are bigger than Liverpool.The size and population of China can be mind-bendingly confusing, and it can be hard to put things into perspective.The sheer scale of the country's enormity is best illustrated by pictures, which is where Reuters news agency comes in.Reuters has collected its best images of China, captured from above. If anything can help you get your head around the size of the world's most populous country, it's the photos below.

Here's China in rice, cultivated on the outskirts of Shanghai.

Red chilli is dried in the sun in Xinjiang Uighur Autonomous Region.

The panda-shaped solar plant in Datong, China, is seen from above.

People burn joss paper money as they pray at a public cemetery during Qingming Festival or Tomb Sweeping Festival in Fuzhou, Jiangxi Province.

Between two worlds: a salt lake, coloured red by algae is split by a road in Yuncheng, Shanxi Province.

People crowd on a viewing platform in Zhangjiajie Forest National Park — it's where they filmed the floating mountains in James Cameron's 'Avatar'.

This photo shows the world record being set for the largest group of people having beauty treatment in the same location. 1000 women were given a 30 minutes facial massage in Jinan, Shandong Province.

Here, quilts for Alibaba Group's employees are dried in a yard in preparation for shopping on 11:11, "Singles' Day," in Hangzhou, Zhejiang Province.

Thousands of new Audis sit in a car park in Changchun, Jilin Province.

Villagers feast to celebrate moving back after demolition and rebuilding in Guangzhou, Guangdong Province.

A bridge under construction in Bijie, Guizhou Province — China spends about $400 million infrastructure every year.

A change in the wind: scrapped taxis sit idle as the city of Taiyuan converts to electric taxis.

People practise yoga on a glass sightseeing platform on the outskirts of Beijing.

Scrapped motorbikes are seen piled up at a scrapyard in Binzhou, Hunan Province.

There are worse places for a jog: here, runners hit the trail inside Danxia National Geological Park, in Zhangye, Gansu Province. The geological park is known for its colourful and special rock formations.

Delivery men attend a training session in Shanghai. What they're training for is unclear.

Boats set out from port as the seasonal fishing ban ends in Ningbo, Zhejiang Province.

Many, many Chevrolets are lined up at a General Motors parking lot in Shenyang, Liaoning Province.

A man uses electric rods to catch fish at a river junction in Xi'an, Shaanxi Province. Due to inadequate sewage treatment, Zao River takes in 60% of the city's sewage and discharges 80 tonnes of it into Wei River, the largest branch of Yellow River.